Society has created this narrative that idealizes the idea of grieving with grace.  You have probably seen it in the movies, in books, and subtly being reinforced when people compliment you on how strong you are and how you are handling things with such poise.  Poise . . . blech, I had a slight gag reflex just typing that.  But as annoying as this narrative is, I do understand why it emerged and persists. It is more comfortable to imagine grief as tidy and poised than ugly and messy and sometimes mean.

It isn’t easy to be open about all the messy stuff if you feel a pressure to only display that strong, graceful grief ideal.  You may feel like your grief should be a single tear running down your strong, poised face as you gaze off into the horizon. In reality, your grief feels more like a botchy, swollen, snotty, red-face over a pint of Ben and Jerry’s next to a growing mountain of dirty laundry.

What are some of the most common grief-thoughts we hear that make grievers feel bad, guilty and not like themselves? Keep reading!  Because, like many other things in grief, these are better faced and coped with head on rather than brushed under the carpet.  So bring on the ugly.

Feeling #1: You are jealous of people you love (you might know this as, “I want to be happy that you’re happy, but instead I feel kind of bitter and resentful”. 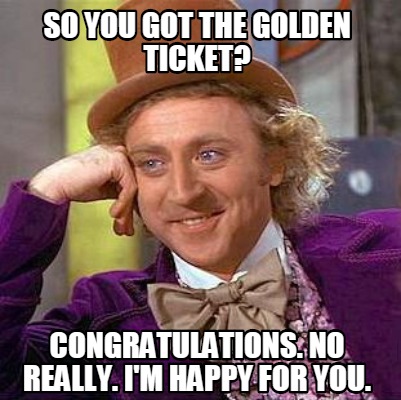 Examples:  You’ve had a miscarriage and now your sister, college roommate, and co-worker are all pregnant.  Your mother/father/son/daughter died. It’s mother’s day/father’s day and everyone is *so* excited to spend it with their mother/father/son/daughter and they just can’t stop posting about it on social media.  Your friend’s daughter is graduating college, something your daughter never got to do.  You want to be happy,  but that bitterness and resentment keeps creeping in.

Feeling #2: You feel entitled, like life owes you something.

Examples: Just about anytime anything bad happens.  You get pulled over for speeding; doesn’t this cop know your husband just died?!?  You get reprimanded at work for being late twelve days in a row.  Uh, hello, your mom died? You bought a scratch off ticket and didn’t win.  You can’t help but think, come on universe, don’t you owe me that $10,000 jackpot for all the crap you’ve put me through??

Feeling #3: You don’t care about anything.

Example: Everything at work, every single day.

Feeling #4: You are having thoughts about suicide.

Examples: It is estimated that almost 4% of Americans have thought of suicide in the last year. When you look at those who have been through a death, especially a suicide death or traumatic death, the number of people who have thoughts  of suicide is even higher.  Unfortunately, many who think of suicide are scared or embarrassed to speak up or seek help.  If you are actively thinking of suicide please call the suicide hotline at 1-800-273-TALK (8255), call 911 or walk into your local ER.  If you are not actively thinking of suicide, but having generalized despair with thoughts that it will never get better, consider professional support from a therapist and remember: Hope is real. Help is real:

Examples:  You may not have thought of yourself as a person who had a problem with substances, but when your occasional glass of wine turned into a bigger glass of wine turned into a nightly bottle of wine, you may gotten a little worried.  Drinking now and then doesn’t make you a bad person or a bad griever,  but you should read more about this phenomenon here and seek support if you know you need to cut back or are struggling to keep it in check. 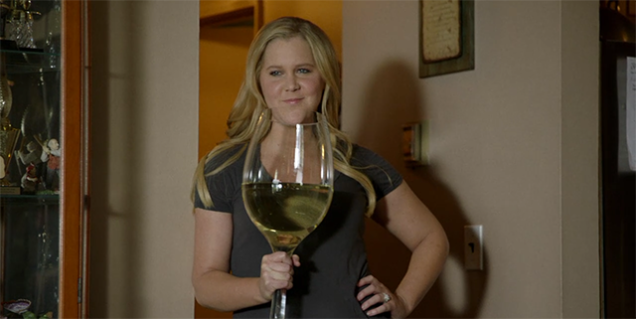 Feeling #7: Your emotions feel totally out of control.

Examples: You can’t focus on anything. You are snapping at people. You are crying on the regular.  A trigger hits, a total meltdown follows, and you feel pretty sure you’re losing it.  Don’t panic, you’re probably not losing it. There is more to read about this here if you relate.

Feeling #8: You are judging all over other people, even people you care about.

Examples: You’re barely keeping your head above the grief-water and your friends are busy talking to you about house hunting, stress at work and how the dry cleaner lost their favorite coat.  You can’t help but think they have absolutely no idea what is actually important in life.  Yes, your priorities often change after a loss, which isn’t always a bad thing.  But don’t panic, usually this settles out and you will probably be able to listen to friends vent about how hard life has been since the drive-thru Starbucks in their neighborhood closed. Eventually.

Bottom line is this, you think of yourself as a good person, a nice person, a reasonable person.  Then suddenly grief makes you feel crazy, erratic, selfish, judgemental and all sorts of other things that just aren’t you. You don’t want to talk about it because you feel like people would be horrified if they knew just how not strong and not poised and not graceful your grief really is.  But the reality is,  that’s grief.  Facing the ugly thoughts, talking about them, and acknowledging that none of them make you a bad person is important.  Many of these feelings pass on their own, but if they don’t there are lots of ways to get help.  If you want support but are having trouble finding a therapist or grief group in your area, email us and we are happy to point you in the right direction.

We know this list is only a handful of the feelings that can cause shame and embarrassment in grief.  Leave a comment to share others or to tell us what you think about the list.  As always, don’t forget to subscribe to get all our posts right to your inbox.

41 Comments on "Eight Times Grief Made Me Feel Ugly, Mean, or Crazy"