As the title of this post suggests, today we’re talking about some of the negative comments that were shared with us. Honestly, we’ve been talking about what not to say to people who are grieving since WYG’s inception. Most people get why this is a conversation worth having, but we do hear from our fair share of critics every time we do. I don’t know what to tell you other than, we believe there is some benefit in having an “Oh no he (or she) didn’t!” kind of moment, and don’t bother telling us there isn’t because we won’t believe you.

As they say, the struggle is real, and sometimes it helps to have space where we can connect and support one another over such a common experience. Sure, after writing several articles on this topic, some of what we have to say is redundant but – you know what? – it bears repeating.  This conversation never ceases to be necessary because every day new people become bereaved and new people take on the position of ‘supportive friend or family member’.

Being a supportive family member or friend can be tough because what to say and do in this position isn’t cut and dry. When reading through the responses we received for ‘best’ and ‘worst’ comments, we realized this concept can be downright perplexing.  We noticed that while some statements are objectively good or terrible, others seem only subjectively so.  And some statements made BOTH the best and the worst lists.

So what factors make a comment go one way or the other? Well, for starters, comments that are ill-timed, said by the wrong person, said to the wrong person, or simply thoughtless (see the chart below) can easily get people in trouble. 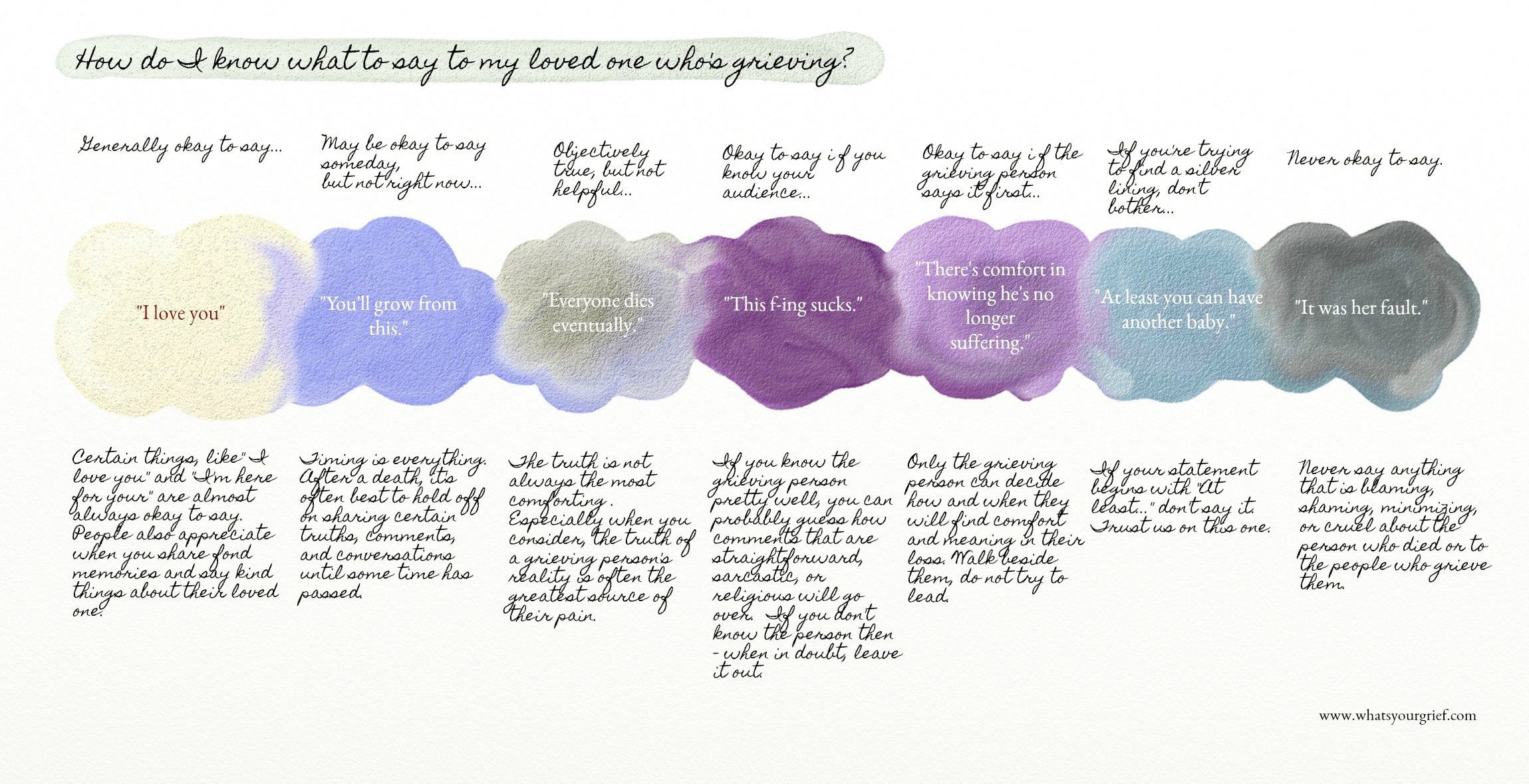 All of that said, we should get around to sharing the list. Next week, we will share the list of 64 of the best things ever said to a griever as a bit of a pallet cleanser, along with a few thoughts on some of the best ways to support a grieving person.

64 of the Worst Things Ever Said to a Griever

Oh hey, this pin supports the WYG website AND it comes in super handy for all those times when people try to console you with statements that begin with “At least…”.  Check it out! 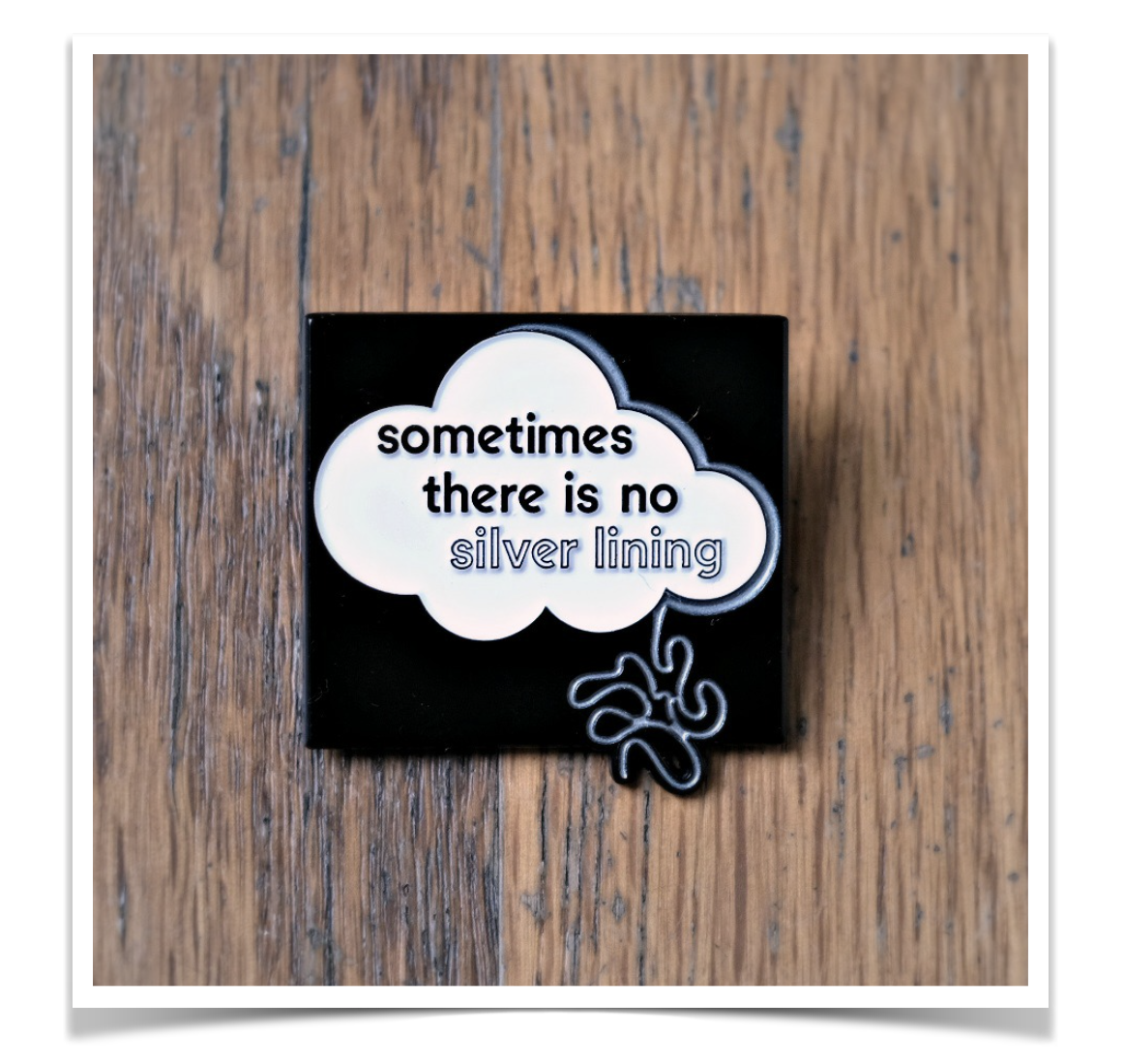 Grief is a Social Justice Issue

Talking to Kids About Mass Tragedies and Other Events