I want to be upfront with you. This post is about giving the benefit of the doubt to people who have said the wrong thing(s) to you in your grief. I feel the need to preface this because I know many of our readers have been treated poorly by friends and family since the death of their loved one. If this is you, I assure you I don’t want to minimize your experience. I know people can be mean, selfish, and hurtful and I know some people have bad intentions. However, I also know that sometimes well-intentioned people say the wrong thing.

Most people lie somewhere in the middle of the amazing/terrible continuum. Unlike those on the ends of the spectrum, people in this mid-zone can move freely between being great in a crisis and being terrible. Sometimes they say the right thing and sometimes they slip up and stick their size 10 foot fully in their mouths. Usually, they are fine, if not slightly awkward, and most of the time their hearts are in the right place. 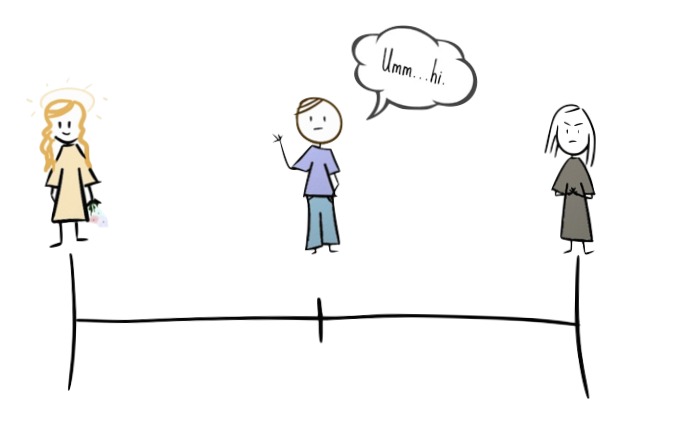 When someone says something hurtful, insulting, or minimizing to you in your grief, it’s tempting to assume the worst for a number of reasons.  For starters, you may be harboring a lot of indiscriminate anger about your loved one’s death and it feels nice to have somewhere to direct it. Also, when you are worn down and vulnerable, it’s protective and adaptive to separate yourself from people who you believe could cause you additional pain.

Finally, research has shown that humans are more likely to attribute a person’s mistakes to personal defects and poor character than they are to factor in the influences, pressures, and demands of the situation. This is called the fundamental attribution error and explains why you may think “She is a moron,” instead of “She was uncomfortable with this situation,” after someone lobs an insensitive comment at you.

Regardless, you have your reasons to be skeptical of those who hurt you in your grief. However, you also need your support system now more than ever.  So, even though you’d maybe rather not, for the duration of this article I’m asking you to (1) think of those you have written off in your grief (2) ask yourself – “Am I certain this person is terrible?” and (3) if the answer is “no”, consider these alternative hypotheses.

Hypothesis #1: The person wanted to comfort you

When someone is in pain, the first instinct of caring friends and family is often to try and provide comfort.  Comfort, which implies a desire to take away someone’s pain, is the source of so many obnoxious platitudes and ‘at least’ phrases. 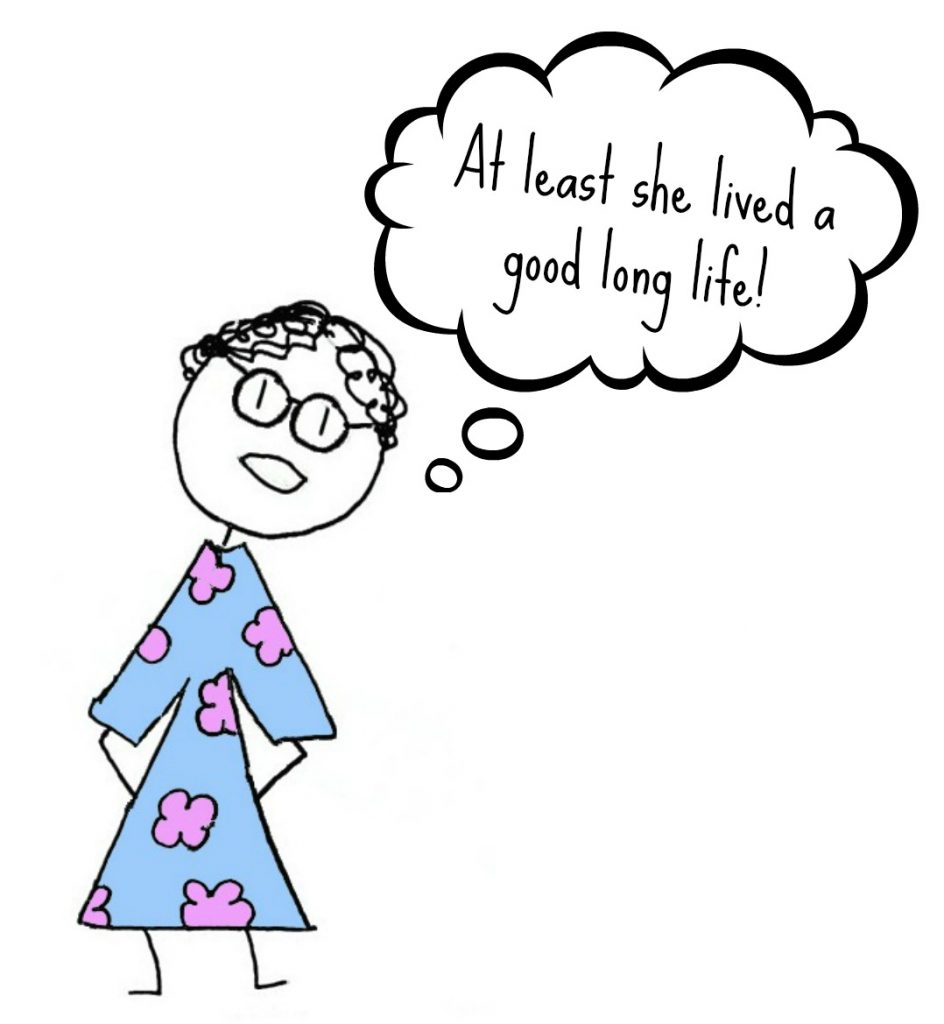 Many people don’t understand that it’s misguided and futile to try and comfort a person after the death of a loved one. There isn’t a darn thing anyone can say or do to take away the person’s pain, so it’s best to allow the hurt to exist. We suggest that instead of offering comfort, caring friends and family members should offer support. If you want to know more about the difference between support and comfort, you should read this post or this post.

People often say things like “I know how you feel” or “I went through the same thing” to those who have experienced a loss. Although these statements are sometimes helpful, more often than not they come off as self-focused and minimizing.

Deborah Tannen, professor of linguistics at Georgetown University and author of several books on interpersonal communication, notes that statements like these may not be entirely selfish and may actually reflect what she calls ‘troubles talk’.  People, most often women, commonly use ‘troubles talk’ to help establish closeness and rapport in a number of different scenarios. Tannen explained the phenomena on a recent episode of NPR’s 1A.

“You talk about a problem. The other person says that they have a similar problem. You feel connected. You feel less alone.”

When a friend or family member wants to offer support to someone who is grieving, it makes sense that they would fall back on tried and true interpersonal skills, but grief is a scenario unlike other. Unfortunately, in this instance ‘troubles talk’ can inadvertently convey, “I don’t want to understand your specific situation” or “I want to talk about myself,” when what the person wanted to communicate was “I’m okay to talk to.” and “You’re not completely alone.”

One more note on this topic, Tannen also explains that men and women commonly view the purpose of ‘troubles talk’ differently. Specifically, men may assume a woman who engages in troubles talk is looking for advice. So remember this the next time you feel frustrated because someone has offered you well-intentioned but unwanted feedback.

Hypothesis #3: The person cares about you, but they aren’t comfortable with grief

Finally, we have to consider the reality that some people simply aren’t comfortable with grief.  Many of our readers tell us that their family and friends seem to keep their distance because they don’t want to be around grief.

It’s sad, but true that many of your family and friends aren’t comfortable with death, grief, and emotion. Those who are there for you in your grief must be okay with your tears, occasional silence, and the darkness of loss.  If a person can’t handle these things, then they obviously aren’t the right support person for you at this time.

64 Grief Support Regrets: You Don’t Know ’til You Know

Grief and the Errand Hang

64 Ways to “Meet Grieving People Where They’re At”

How to Start a Grief Support Group

What to Say to Someone Whose Father or Mother Died

35 Comments on "What they meant to say: Looking beyond hurtful comments in grief"