This is my grief monster. He was born the day my mother died. I was really frightened of him at first and I thought the best thing I could do was avoid him.  For a long time I tried really hard to keep him locked up in the darkest corner of my mind, but he always found a way to get out. 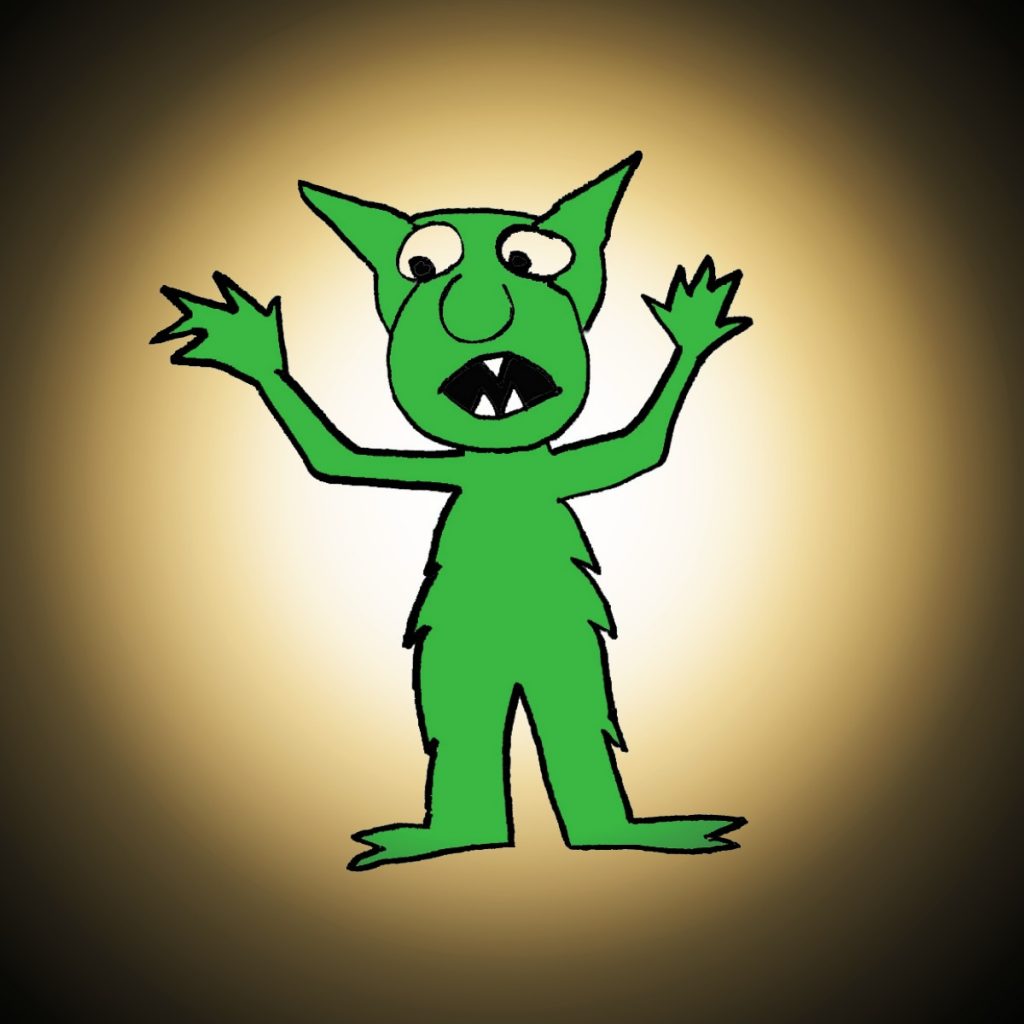 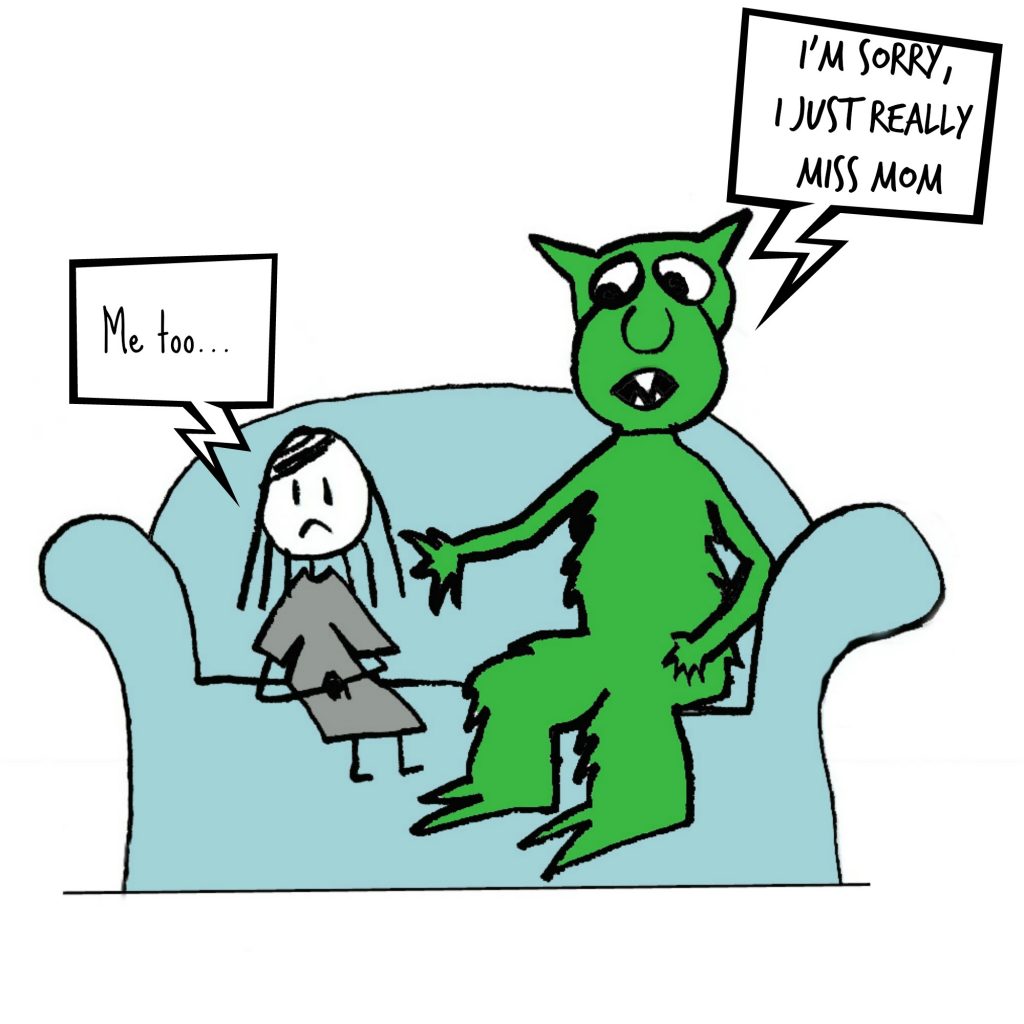 After that, I let my grief monster go everywhere with me.  Even though he still made me sad sometimes, I knew he meant well. 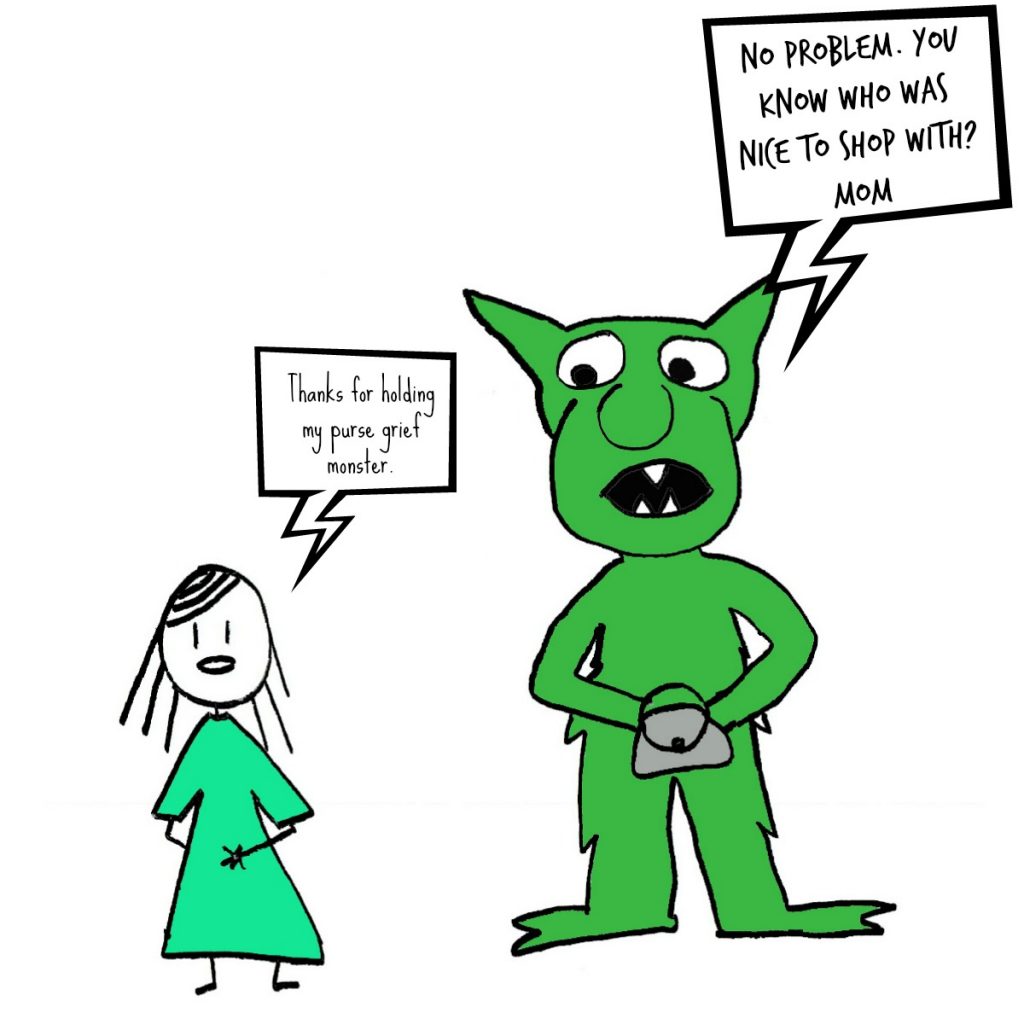 For a long time I thought I was the only one walking around with a grief monster, but then I met Litsa. 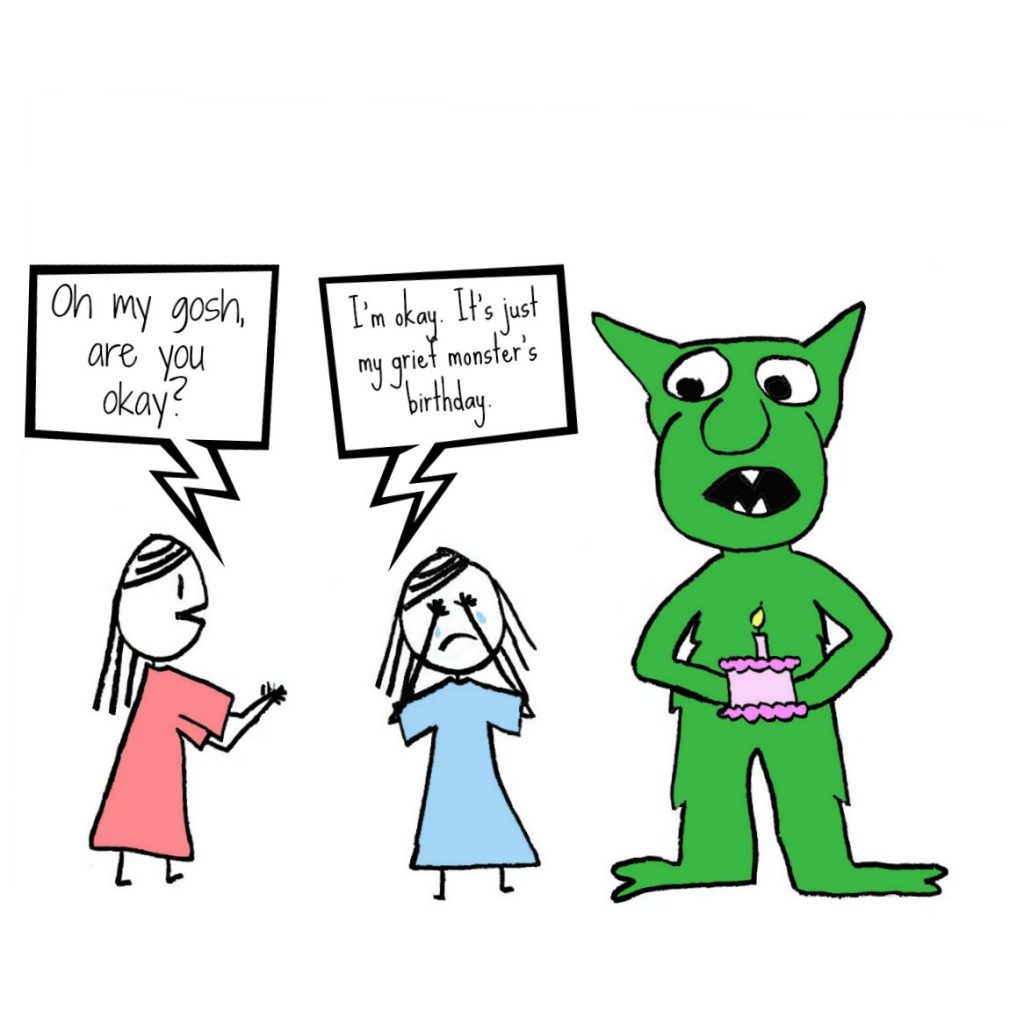 And she told me she had a grief monster too. 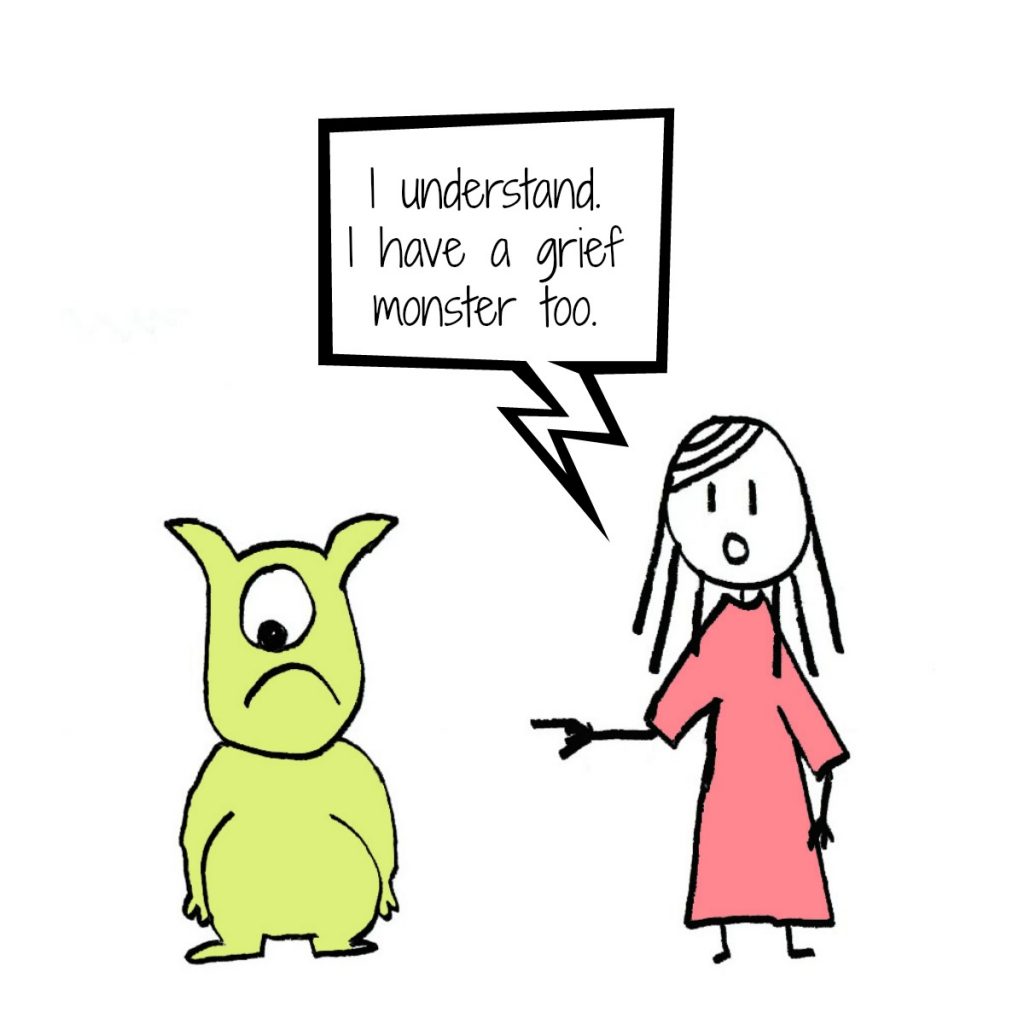 The funny thing about grief monsters is that a lot of people have them, but you don’t know they exist until they’re introduced. 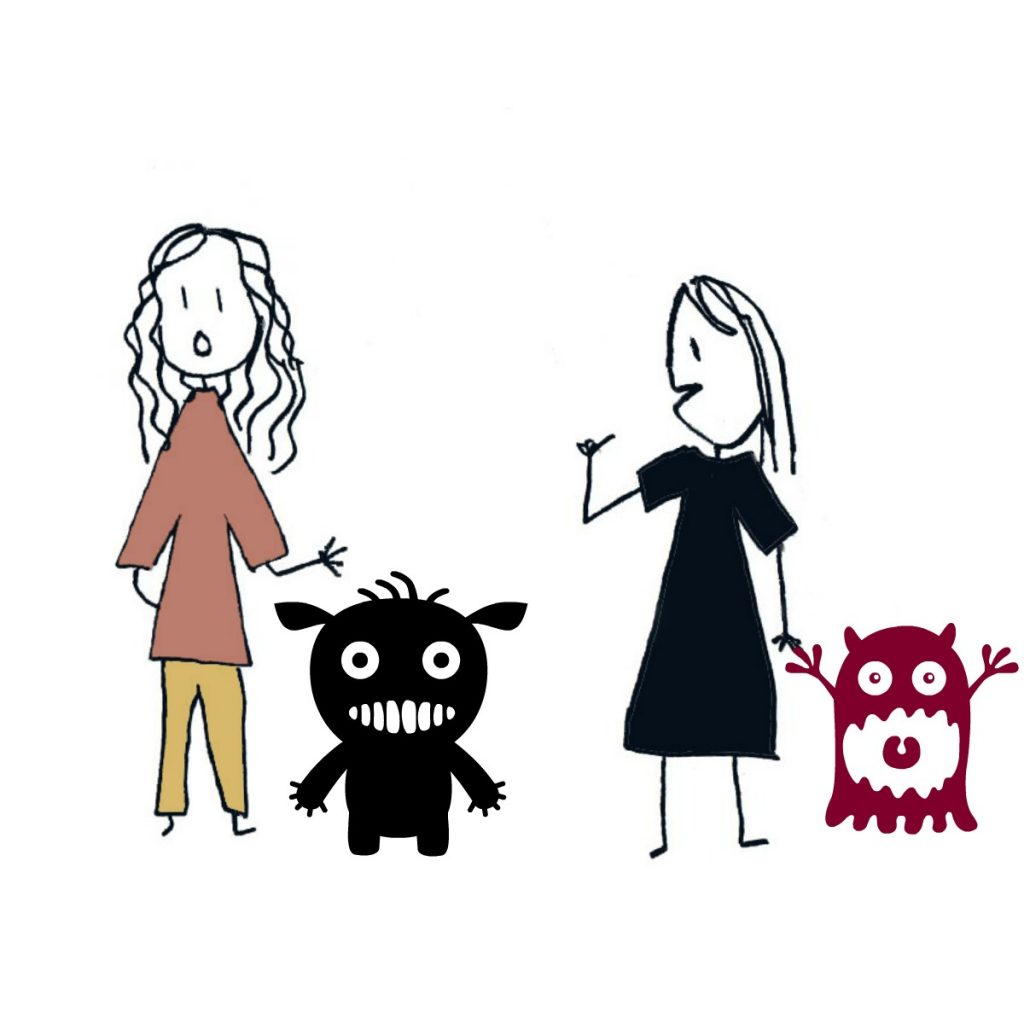 Although it seems scary, acknowledging your grief monster is an important part of grieving.  True they will cause you pain, but they become far less terrifying when you face them in the light of day.  Actually, grief monsters can also help you to grow and do new things.  For example, our grief monsters pushed us to start What’s Your Grief three years ago and now we connect with people and grief monsters all over the world. 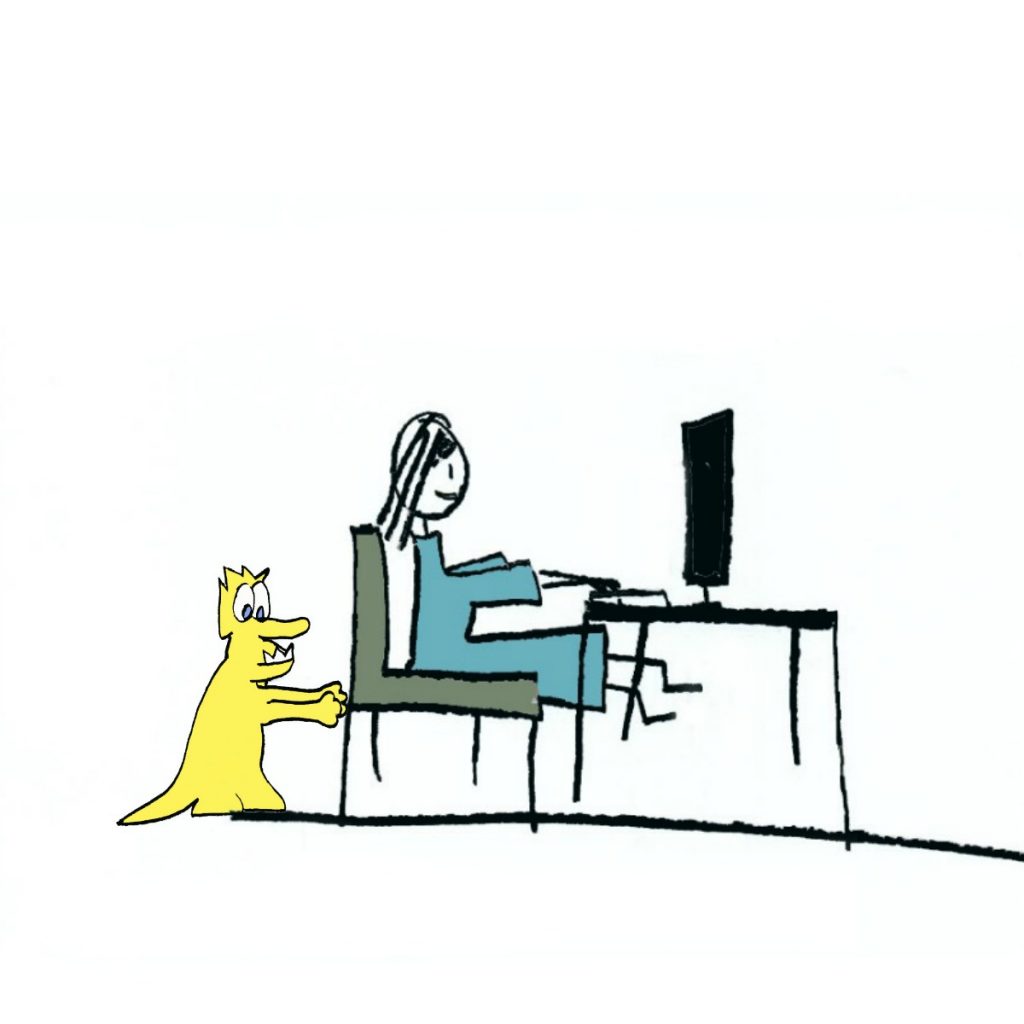 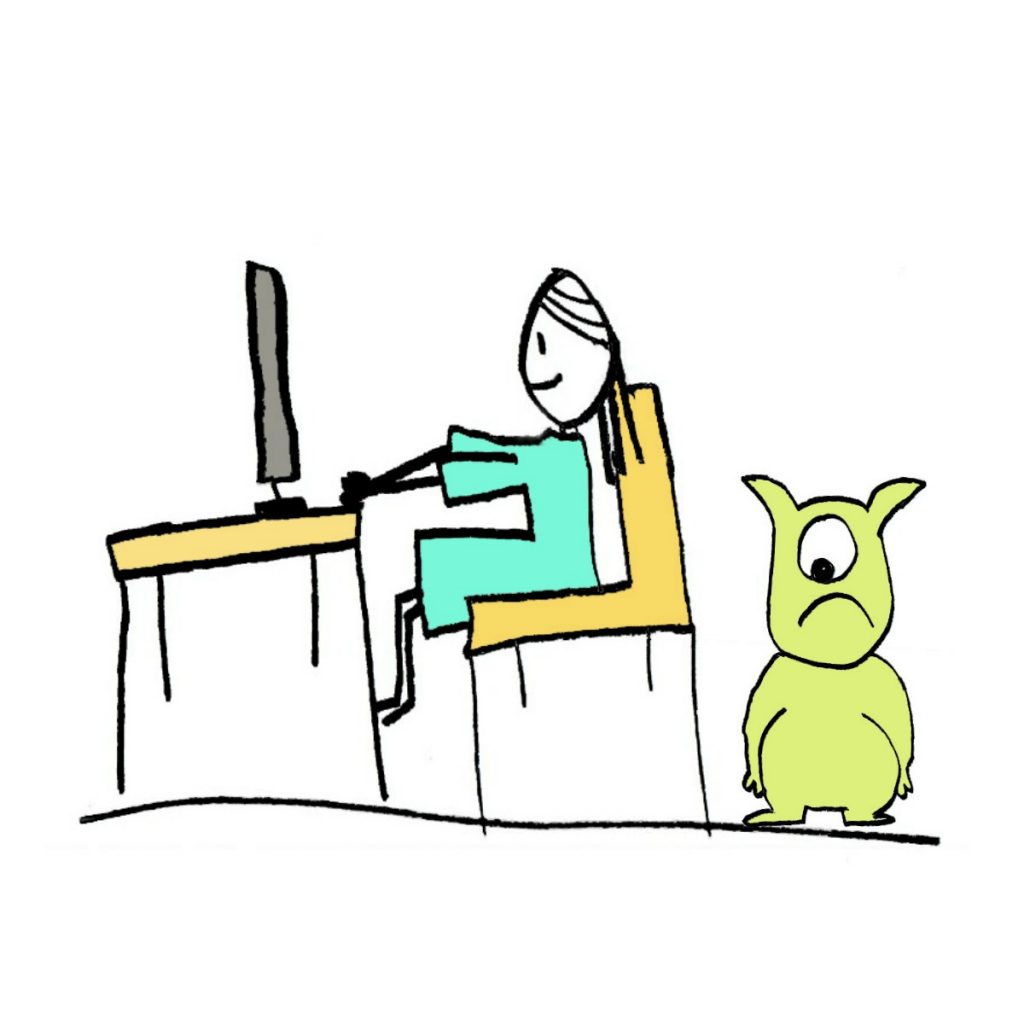 16 Comments on "Life with a Grief Monster"