I should start out by saying this post is not about some disastrous decision I made while grieving, so don’t expect the story to end in a smoking pile of wreckage. Excuse the spoiler, but it actually ends with a sweet smelling chubby cheeked bundle of wonderful. Most decisions – good, bad, hasty, or impulsive – have some probability of turning out well. Instead, this is a story about how grief impacted my ability to make major life decisions in a rational and thoughtful way.

I’ve known I wanted a family since forever. I have 5 brothers and sisters, 20 nieces and nephews, and I wouldn’t be surprised if there were a few more buns in the oven as we speak. Most will agree, the only female related instincts I possess are maternal, which I like to think I inherited from my own mother who spent her life surrounded by children.

My husband, Matt, also wanted kids so there was really no question that when the time was right we’d start a family. Now, if you’d asked me during our yearlong engagement when that time would be I probably would have said, “Oh maybe we’ll start trying after being married a year”. If you’d asked my husband who was just starting a demanding new career he might have responded ‘…more like two’. Regardless, we were on the same page give or take a year; we’d take a little time to get life started and then think about babies.

I have a friend who loves the Mike Tyson quote, “Everybody has a plan until they get punched in the face”. I love it now too. Life doesn’t always turn out the way you expected; I don’t need to tell you this. Circumstances change in an instant and, when these changes come in the form of a proverbial punch in the face, you don’t always react the way you might have expected.

George Loewenstein, a psychologist at Carnegie Mellon University, authored the concept of the ‘hot-cold empathy gap’. The empathy gap is the tendency for one to underestimate the influence being in heightened physical and emotional states will have on their behavior. When one is in a calm and non-threated state they have a hard time predicting how they would feel and act if in a state of arousal like anger, fear or even love. When you are anxious it’s difficult to imagine being at ease; just as when you’re experiencing the complicated emotions of grief, it’s difficult to picture a life of happiness and balance.

Case in point, had someone asked me ‘What would you do if you found out your mother had only one year to live?” I would have probably said that I would spend as much time with her as possible, spend quiet afternoons reading by her bedside, help out with treatments and medications, and have meaningful conversations about life, love, and family. But what really happened when I found out that my mother had terminal cancer a month before my husband and I married, was that in my heightened emotional state I panicked, avoided the realities of her diagnosis and began fixating on having a baby.

It’s hard now for me to pinpoint exactly why having a baby before my mother died seemed absolutely necessary. Based on her diagnosis, the math didn’t even make sense unless some miracle drug provided her more time than expected. My most rational explanation is that I’d always imagined my mother being alive when I had babies. I wanted her to come to my baby shower and guess how many jelly beans were in the stupid jelly bean jar. I wanted her to help me through motherhood and most importantly, I wanted her and my children to know one another.

The future I wanted was no longer a possibility, deep down I knew this, but I was caught up in a counterfactual reality. Sometimes, when faced with an outcome we aren’t happy with, we engage in something called counterfactual thinking or counterfactual comparison where we lament the hand we’ve been dealt because we believe it could have (or should have) been different. The reality we mourn is, as the name describes, counter to the facts but ‘what-ifs’ and ‘if-onlys’ lead us to feel like we’ve been robbed. 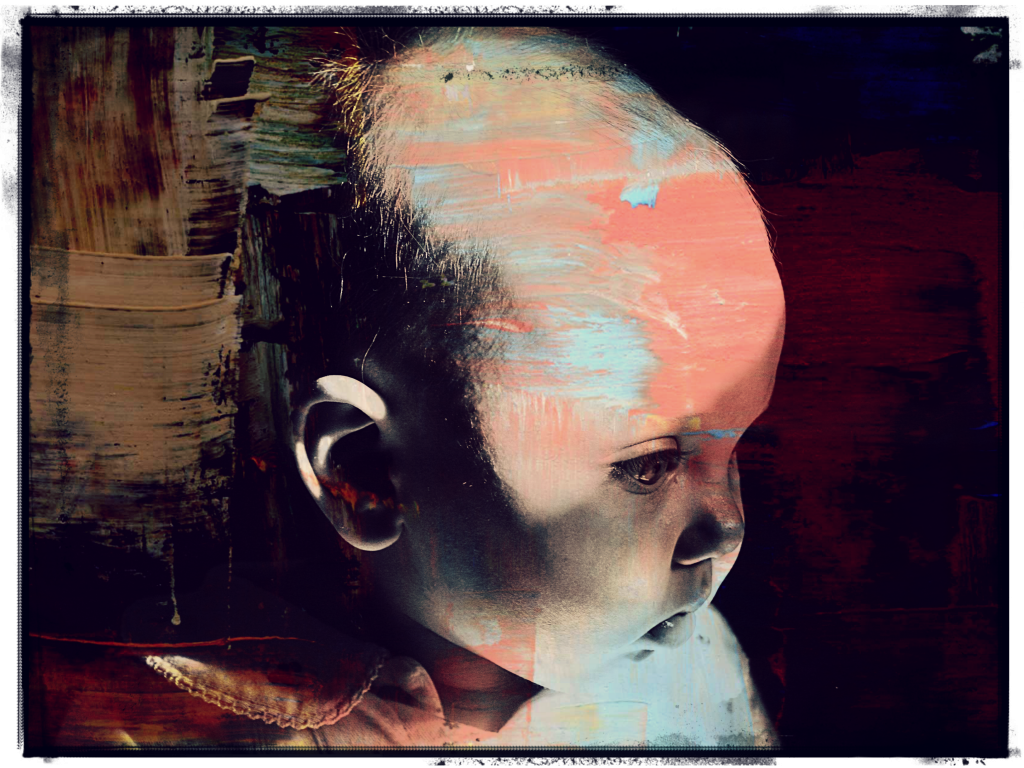 My marriage and my mother’s terminal diagnosis was a horrible mishmash of looming life events. My dream of starting a family was closer than ever, while at the same time my mother’s death had become a reality. I thought maybe if I denied the facts, I could continue in the hopes of having the future I preferred. What can I say? Grief makes you crazy.

Then there was the fact that my mother was all the qualities that the prototypical ‘mother’ should be – nurturing, unconditionally loving, comforting, and wise. In my anticipatory grief, I acknowledged that she was dying and this acknowledgment led to an intense fear of losing her forever.Maybe if I filled my life with the qualities that I associated with ‘her’ I could keep holding on.

In 2003 Loewenstien and another psychologist, Jennifer Lerner, studied how the emotions we expect to feel, our ‘expected emotions’, impact decision-making.When considering different courses of actions we predict the emotions we will feel with each outcome and weigh them against one another.We anticipate which will result in things like regret, emotional pain, happiness or pleasure and we try to select the actions that will maximize positive emotion and minimize negative.

When I predicted what life would be like without my mother I imagined falling down a bottomless hole. The prospect of life without security, comfort, unconditional love and nurturing felt like freefalling through a gigantic void. But, on the other hand, thinking about life with a baby quickly filled the hole back in with positive emotion.

My husband and I were married in November and by the New Year, I had convinced him it was okay to fast track to having a family. How could he have said no? I was playing the dying mother card with conviction and to some degree, I had convinced both of us that it was a sound decision regardless.

The trouble is, we weren’t ready at all. I was just out of graduate school and didn’t have a job; my husband was advancing quickly in a stressful and demanding career; we lived in a one-bedroom apartment; we hadn’t taken any time to be on our own; and, oh yeah, my mother was dying.

Along with ‘expected emotions’ Lerner and Loewenstein also discussed the effect immediate emotions have on decision-making. The emotions we feel at the time of making a decision can impact us in direct and indirect ways. This is true regardless of whether our immediate emotions are even related to the decision at hand. Although I couldn’t imagine a life without my mother, I knew her death was drawing closer every day which heightened my feelings of fear, anxiety, and dread. I felt miserable knowing she was going die and this caused me to look at life through a negative filter; it seemed like everything from there on out was going to be just a little bit worse.

But the promise of motherhood felt like a fix; a light in the darkness and a cure for my despair. A hasty fix, but a fix nonetheless. There is an economic model called ‘hyperbolic discounting’, which suggests when making decisions humans prefer choices with more immediate rewards. This is true even when the rewards we would receive by waiting are ultimately better or wiser. The relief I thought I would feel when I finally saw that little pink plus sign far exceeded the reward of waiting and minimizing the potential stress and strain my husband and I might feel in the future.

By May I was pin-balling from state to state, spending the majority of my time in New York with my mother and my family. Being at home felt comforting although I was hesitant to face what was happening 2 bedrooms away. In August I finally realized I couldn’t put off life any longer and I returned to Maryland to look for a job which I was lucky enough to find in September. In early October I started my new career, eight weeks pregnant and anticipating the death of my mother any day.

My mother died on October 23rd. Sometimes I regret the fact that I didn’t have those meaningful conversations with her before she died. I regret I didn’t have the presence of mind to keep it together and focus on the present. But I find consolation knowing that in the last lucid conversation I had with her I told her I was going to be a mother. She knew my daughter was on her way and, given the circumstances, I’m not sure I would have wanted our story to end any other way.

It’s impossible for me to reflect on which decisions were right and which were wrong, I honestly think many times there is no wrong answer because both roads can lead somewhere good. I don’t deny things would have been easier had we waited a year or so, but it’s hard for me to care about easier when I have Evelyn. Evelyn who was named after the grandmother she will never meet and who also loves babies.

Continue learning from our mistakes and triumphs. Subscribe to receive all our posts straight to your email inbox.