I’ve been thinking about the word loss as it pertains to someone’s death.  More specifically, as  Merriam-Webster defines it,

“A person or thing or an amount that is lost.”

Somewhere in our linguistic history society decided loss was an acceptable euphemism for death; well technically not for the word death itself, but for the person or thing that has died (as defined above).  Really I think it refers more to the experience of having someone significant die; so in other words, you have lost someone because they died.  Okay?  Let’s keep moving.

Although I don’t love the word loss, I admit it’s useful.  Without euphemisms of its ilk we would be left with words that taste as awful as they sound like death and died.  We worry these words will land like a punch in the gut so we use them sparingly, instead favoring ambiguous words like loss and passed away.

Yet, as someone who’s had a close loved one die, I actually see the word loss as more of a misnomer than an accurate representation of my experience.  This became especially clear to me after the following exchange with my 5 year-old daughter Virginia:

Virginia:  Do you miss your mom?

This is a pretty normal question for her actually, she asks me about my mother a lot.

Virginia: Yeah, but how much is that?

Trying to explain the true answer to this question would be like trying to teach her algebra, there are just too many building blocks she is yet to understand.  So, as parents often do, I looked for a simplified explanation she might be able to relate to.  All I could come up with was this…

Me: You give me hugs and kisses all the time, right? Sometimes you give them for no reason at all, just because you thought of me and felt like it. Well, as many times as you think of me and want to tell me something or give me hugs; that’s how many times I think of my mother and miss her because I want to tell her something or give her a hug and I can’t.

She accepted the answer, even though I doubt she understood and I didn’t belabor the point.  But when I thought about the conversation afterwards I was overcome by the reality that my mother is anything but absent or lost from this world. 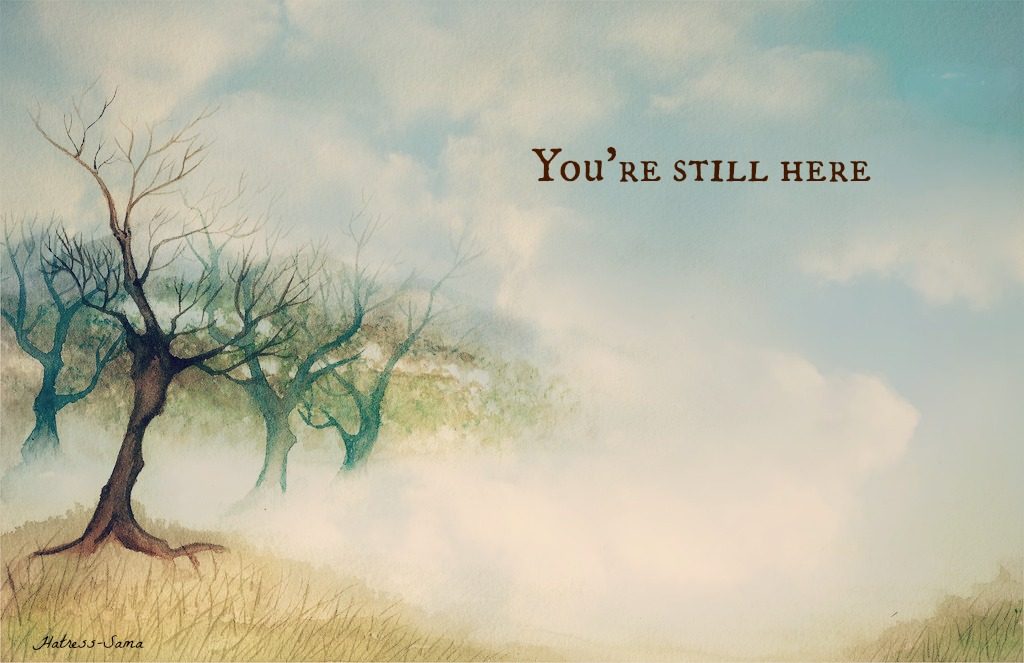 When I lose something, it’s gone; it’s attributes, the space it filled, its significance to me – these things pretty much fade away.  I either forget about it and move on, or, if whatever I have lost was important, I replace it.  This is not what we do with people. We don’t lose people, forget them or replace them.

I still think about reaching out to my mother, less often than when she was living, but often enough.   When I do look for her I don’t find a void – I find memory, emotion, longing, aching, fondness and a million other things.  Her body has left this world, but the space she occupied in the hearts of those who knew her is still full.  I’ll admit the range of emotions I feel as a result of loving my mother has changed since her death, but if anything the spectrum is much broader because it now includes feelings that are depressing, sad and dark.

How odd that our relationships with people can become even more complicated once they are gone – we still feel things towards them like longing, anger, guilt, and want; we still wish they’d help us resolve our unanswered questions; we still look to them for advice on matters long after their gone.  Commonsense tells me the “relationship” we have with the dead is merely with their memory, but it feels so much more alive that this.

Call me crazy but I think when someone you love dies your eyes are opened to a world where being dead isn’t the same as being gone.  Our hearts, minds and memory stretch across the space between life and death and fill it in with love and emotion of all kinds.  Here, in this place that maybe only exists inside of us, we’re still together with those who have died in a timeless in between.

You may disagree, but for me there is no loss, no difference of zero, and no deficit.  I still know exactly where to find my deceased loved ones, I will never let them go, and they will never be replaced.   If you say I’m sorry for your loss I will know what you mean; this word is just what we say and I will continue to use it to be sure.  But I now understand that in this context “loss” can’t hold up to its standard definition.  Instead it means something different to every new griever who hears it.

Subscribe to receive posts straight to your e-mail inbox.

21 Comments on "Meditations on the Word ‘Loss’: Can we really ever lose those who die?"