I am kind of obsessed with words that should exist but don’t (or that don’t exist in English, at least).  I’ve had more moments than usual over the last few months when I found myself reaching for these sorts of words and, of course, not finding them.  The very nature of these words is that they aren’t words at all, they don’t exist.  But the absence of the word can feel like a presence in itself.  The very act of reaching for the word and never finding it can feel a bit like reaching for the person you love and finding they aren’t there, picking up the phone to call them and realizing there is no one to call. The absence of these words is a reminder of the limited language of grief.  It somehow seems to speak to the nature of grief, an experience that is both completely life-changing and consuming, yet feels impossible to articulate.

A few weeks ago my dad’s deathiversary came and went, a time of year that always involves reaching for a word only to find a void. 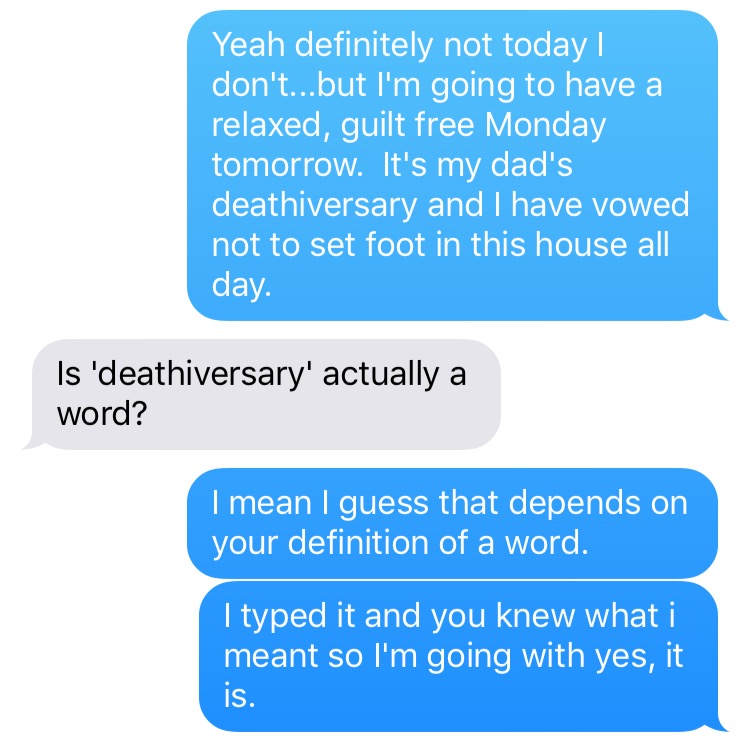 Deathiversary . . .crapiversary . . . angelversary . . . death anniversary . . . whichever you prefer (and many more options abound) none ever feel quite right to me.  And as much as I want a word, something to easily explain to people why there is a cloud hanging over me on a certain day of the year, it feels almost appropriate that there is no real word for a date marking the creation of a hole in the universe.

This year I found myself reaching for a new word, a word that felt a bit like a deathiversary-plus.  It first occurred to me a while back, during a conversation with one of my closest friends that went a bit like this:

Her: “you know, it’s our half and half year. We should take a trip to celebrate.”

Her: “Our half and half year!  We met when we were half the age we are now, so we have officially been friends for half our lives”

Me: “Ahh, you’re right! We should definitely take a trip to celebrate!” (long pause of revelation as I considered what else happened during my 18th year, the year she and I became friends) “You know what else that means?  It is my half and half year of my dad dying”.

Short of a beer and a piece of coconut cake, I don’t have an annual ritual or tradition for my dad’s deathiversary.  I always mark it in some way, but the shape that takes varies (which I feel absolutely fine about – ritual can be a lot more flexible than you might think).  This year I wasn’t sure what I should do, but it somehow felt like it should be bigger than usual, or especially significant to mark this yet-unnamed half and half year.

I wish I could say I immediately knew what I should do with the day.  As usual, I hoped I’d have some clear idea about how I should spend the day that would somehow feel right or bring some comfort or appropriately mark this deathiversary-plus.  But I had no clear idea, nothing inspiring or obvious.  That isn’t usually how it goes for this girl, who once wrote an entire post on how to spend the day sulking like a professional.  Unfortunately, my coping rarely comes to me in flashes of inspiration that launch me into action.  It usually comes through reflecting and pushing and doing things even when they’re hard and even when I’m not sure they’re going to help or be the right thing.  It isn’t always easy and it certainly doesn’t always happen with a smile on my face.  But it happens, and that’s what matters.

On the morning of June 26th I opened a box of old letters (you may remember these letters from my post about them over on photogrief) and grabbed one, addressed in an age before zip codes. 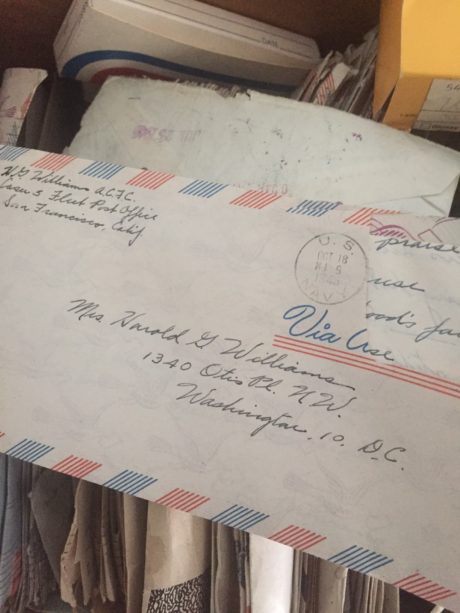 I started the 30 mile trip south from Baltimore to DC, the city where my dad was born in a house I had heard about but had never seen. His parents moved out of this house when he was young, buying a new home just outside the city line.  That was the home I knew, the one my grandmother still lived in when I was a child, the one I cleaned out after both she and my dad were gone.  As I drove down to DC I realized I was going to pass that neighborhood, the one where my dad spent his later childhood and teenage years.  The route unexpectedly took me right by the deli where he worked in high school.  It only seemed appropriate to stop off for a sandwich.  Word on the street: not much has changed since my dad worked there in 1962. 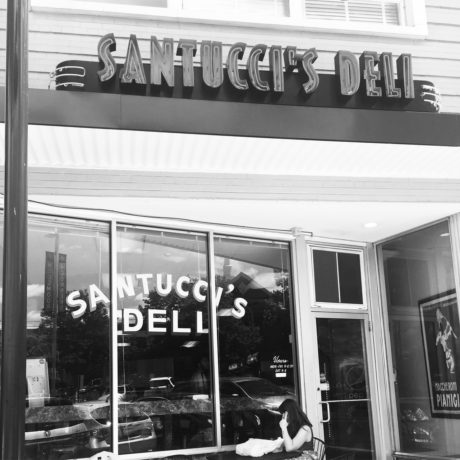 When I finally parked my car on Otis Place I was looking at a classic snapshot of the DC of 2017 that I know all too well.  It was no longer the neighborhood my dad had once said was “too unsafe to visit”, and I felt the pang of sadness that he wasn’t here to see this change, to debate the ins and outs of gentrification with me.  It would have been a great discussion, I’m sure.  I walked down the block and thought of my grandparents walking down the same street, thought of the mailman delivering all those letters sent to my grandmother by my grandfather when he was in the war, letters that now live in a large box in my basement.

I followed the numbers up the block and found the house, beautifully painted and impeccably landscaped.  It looked too fancy now to have been a house my father and grandparents lived in, grand in comparison to the small 1950s style cottage they settled in just outside the DC city line.  I stood there, a bit awkwardly, looking up at the house and wondered what to do with myself.  So I did what any red-blooded American does in 2017 – I pulled out my phone and snapped a photo. 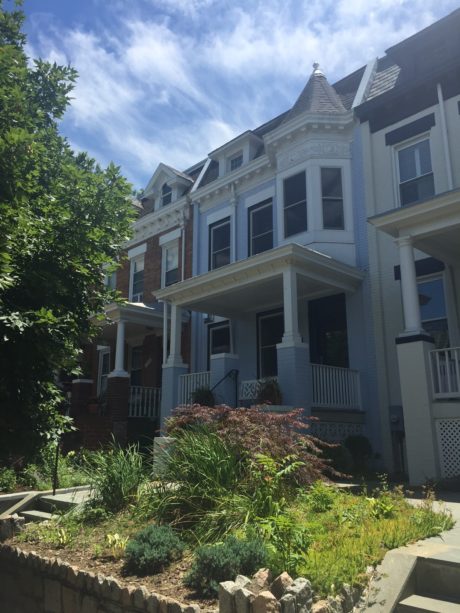 I took one last look and made my way slowly home, with stops for some time in a coffee shop and a park, with a book, and for some beer and coconut cake.

I suspect the ending one would want to this post is for me to say it was the perfect way to spend the day and that it brought exactly the peace and comfort I wanted for this half-and-half-iversary (hmmmm that doesn’t really roll off the tongue, does it?).  I could say that, and it would be mostly true.  It was a really nice way to spend the day.  I felt a sense of purpose and direction that was comforting and there were some moments of deep peace.  It was what the best grief-y days are for me: happy and sad, full of memories, time to myself, and time to reflect.  Would it be the right day for everyone?  Of course not.  But grief is about finding the ways to cope, remember, and connect that work for you, big or small.  And it’s about knowing it doesn’t have to be perfect to be a good day.

Don’t forget to subscribe to get new posts right to your inbox!  Keep the conversation going by leaving a comment, especially if you have a good word for these half-and-half-iversaries or a good story to share of how you have spent a meaningful day.

Mother’s Day Grieving: A List of WYG Articles to Help You Cope

The First Birthday After the Death of a Loved One

A New Year’s Resolution for Grievers

13 Ideas for the Empty Christmas Stocking

17 Comments on "Is ‘Deathiversary’ Actually A Word?"