I want you to think about the worst moment of your life.  When was it?   What was happening?  Personally, I can think of two.

These “moments” were distinct and different, but in certain ways felt remarkably similar. Both of these instances seemed terrifying, threatening, and painful, and both resulted in an immediate physical response – increased heart rate, sick stomach, racing thoughts – as well as an emotional response. 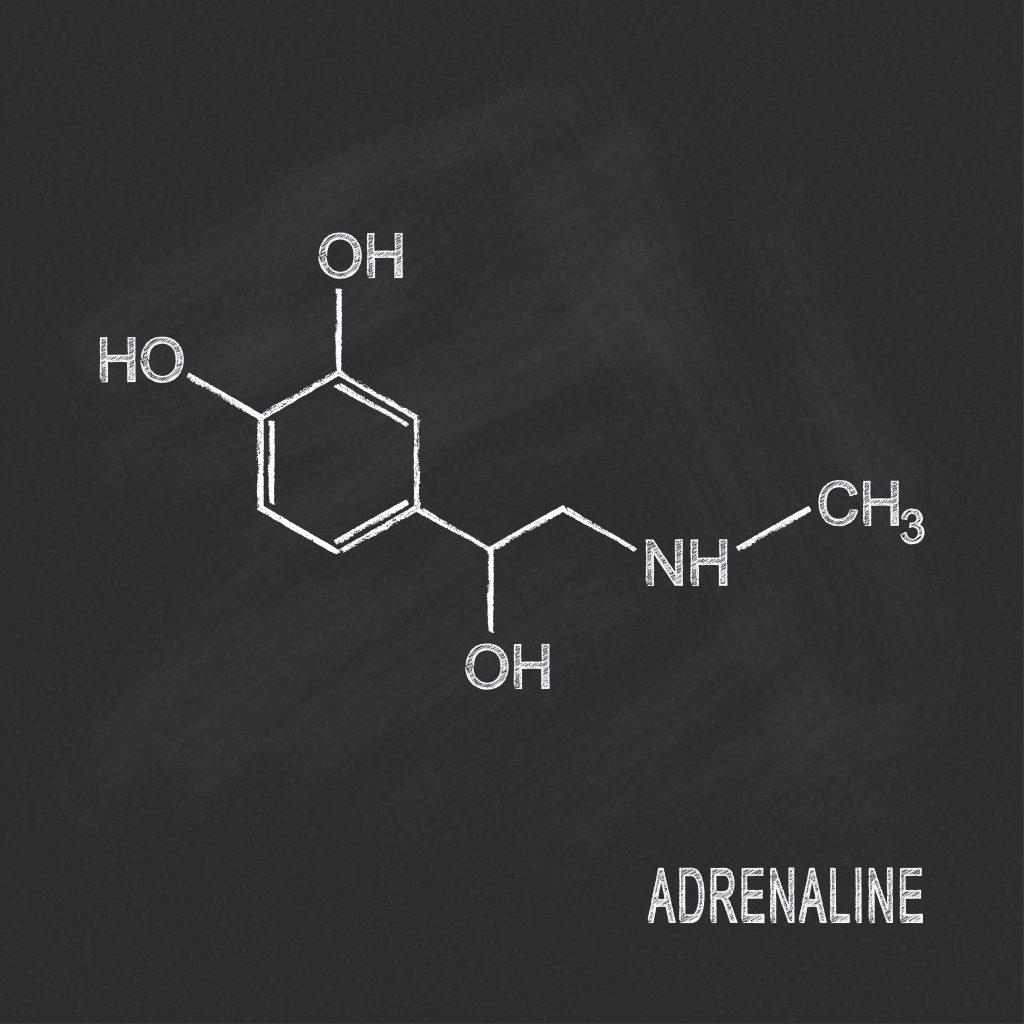 When one perceives circumstances as extremely threatening to their emotional and physical well-being, their body is hard-wired to respond. First, note my use of the word “perceived” and remember that what one person considers threatening another may not. There are many differences in the way people react to crisis situations and perceived threat can account for some of that.

When the traumatic event occurs the person might think “I’m in shock,” but the technical name for this reaction is the Acute Stress Response. The response is considered “acute” because it typically comes on quickly and subsides within minutes to hours (and sometimes days) afterwards.

Most major grief theorists made provisions for an acute stress-type response in the first step/process/task of their respective grief-models.  Kubler-Ross spoke of denial; Worden discussed accepting the reality of the loss; Rando talked about acknowledging the loss; and Bowlby and Parks focused on coping with shock and numbness. Although the acute stress response varies depending on the person, situation, and level of trauma and distress associated with the death, it’s important that people generally conceptualize acute stress as either part of the grief process or, how I sometimes look at it, as a precursor to grief.

Although understanding the acute stress response is useful for people facing the death of a loved one, it may also be helpful to those supporting people during times of trauma such as a grave diagnosis or death.  Friends, family, nurses, chaplains, social workers, doctors and even sometimes funeral home staff might come into contact with someone still reeling from a death, especially when the death was sudden and unexpected.

Understanding acute stress provides context for what people are able to hear, process and understand.  It might also prevent people from quickly labeling the situation as “grief” and responding with conventional sympathies, stories, offers of help, expressions of hope and meaning making.  These are well-intentioned gestures, but it’s often way too soon for the person experiencing the loss to find them helpful.

Okay so let me back up and explain how our bodies generally react to terrifying and traumatic events.  The first thing a person might notice is their physical reaction to the event.  This might feel like an amplified version of the sensations you feel when doing something exhilarating, thrilling, or that makes you nervous; for example last night my 5-year-old sang in front of an audience of people and afterwards she said that during the song “her body felt weird.”

When one feels scared or threatened their sympathetic nervous system kicks in and triggers the ‘fight or flight‘ response.  This is a physical response that primes a person to either stay and fight the threat or run for their life. This response is seen with animals in nature and was most useful to humans in the days when they roamed the woods with lions and tigers and bears (oh my).  For the purposes of this discussion, the response usually feels something like an increased heart rate, rapid breathing, muscle tension, feeling sick to the stomach, light headed, chest pains, headaches, and abdominal pains. 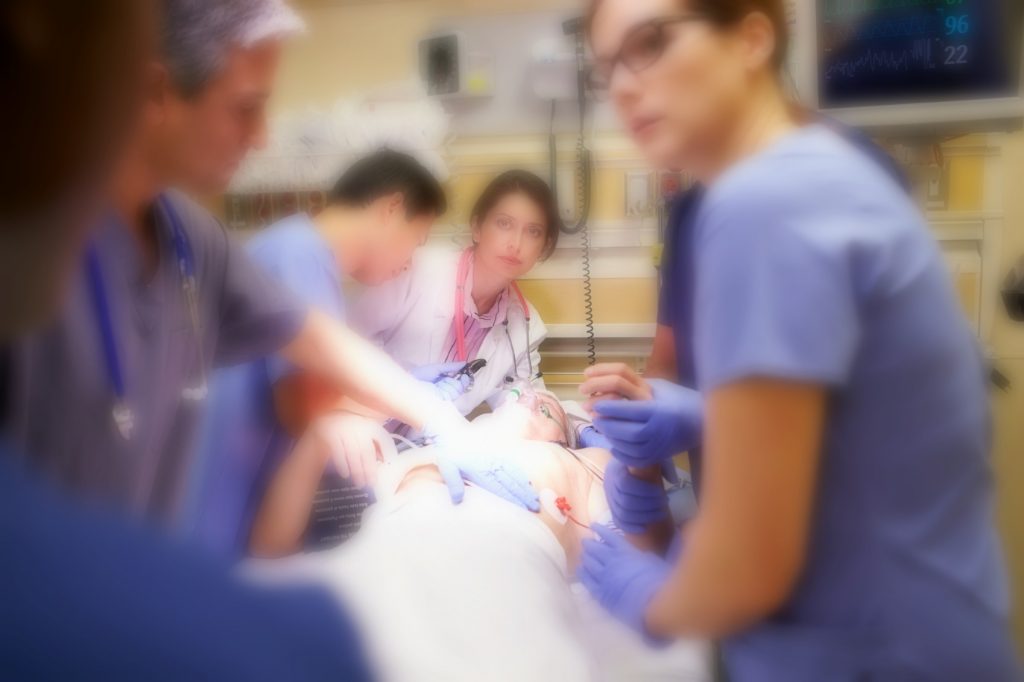 Additionally, acute stress can have a profound impact on our emotional and cognitive function in the following ways…

Feeling detached or numb: Although the person is physically present, they may remove themselves from the situation mentally or emotionally.  This protects the person from having to face the reality of the situation and deal with the complex emotions.  A person who is detached may be obviously preoccupied or distracted, however, it’s possible to seem fully present intellectually and remain disconnected emotionally.

Feelings of derealization: Some may experience feelings of alienation, confusion, and unfamiliarity with their surroundings.  If you consider the fact that many people are thrust into foreign environments like hospitals, police stations, funeral homes and morgues, you can see how it would be easy for someone to feel like they are living in an alternate reality.

People may also feel emotionally disconnected from those they are normally close with, as though separated by some inability to connect or communicate.  Their surroundings might appear distorted and blurry or they may experience a heightened awareness and clarity.

Feelings of depersonalization:  A person might feel as thought they are an outside observer of their thoughts, feelings, or body.

Dissociative Amnesia –  This occurs when a person blocks out certain information associated with a stressful or traumatic event. After a traumatic event, people may say they don’t remember some or all of what happened. Their memories are thought to still exist, but they have been buried deep within the person’s mind and cannot be easily recalled.

Intrusive Thoughts:  A person may continually re-experience the event through thoughts, dreams, memories, and flashbacks.

Avoidance:  This includes avoidance of triggers and stimulus that remind the person of the traumatic event including people, conversations, or other situations; avoidance of information about the reality of the death; and avoidance of distressing memories.  For more information on avoidance, please read this post.

Again the response will vary from person to person, but I think even a general picture of the acute stress response is illuminating.  It is considered normal for this response to last anywhere from minutes to two days after a threatening event.  If such overall distress lasts longer than 2 days (and up to 30 days), a person may be experiencing an Acute Stress Disorder.  Of course disorders of any kind should only be diagnosed by a mental health professional using a very specific criteria.

For a more thorough discussion on supporting someone at the time of a loved one’s death, head over to this post.

Subscribe to receive posts straight to your email inbox.  Also, a great way to provide support to someone who’s experienced the death of a loved on is by providing them with information they can read when they’re ready, so check out our print grief resources.

Does Grief Make You Tired?