I like being good at my job and trying new things and knowing how to do things myself, without asking for help. When grief turned my life upside down at 18 years old, I think some subconscious part of me felt a pressure to do that well too.  Now I had no idea what it meant to “grieve well” (despite that being a kind of annoying term that gets thrown around a fair bit), but if I always tried to do things well it only made sense that this was a new thing I should try to do well.

In trying to sort out what it meant, I bought into a lot of myths about emotions that didn’t do me any favors.  We have alluded to these myths in many other posts, but we have never really broken them down.  Today is the day!  Emotions aren’t good or bad, they just are, but there are a few myths that tell us something different.  Some myths include:

Alright, let’s do a quick breakdown and then I’ll give some quick thoughts on what actually helped me shift my thinking a bit.

There are good emotions and there are bad emotions. 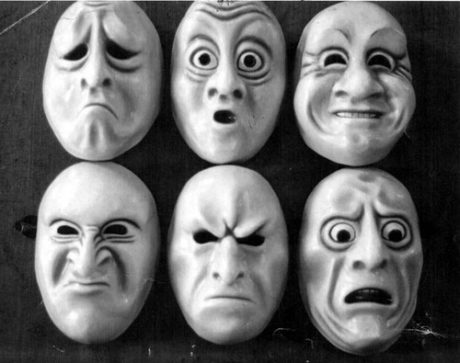 Nope, there are actually just emotions.  Emotions are our brain’s natural reaction to external stimuli.   Yes, some are easy and pleasant, some are difficult and tough.  But that doesn’t mean they are good or bad.  Emotions just are.  We feel them for a reason and it is important that we are open to that, not running the other way.

I said this in a group recently and someone adamantly disagreed, saying he couldn’t imagine how one could say feelings like anger or guilt weren’t objectively bad, things to be eliminated.  I imagine some of you may be thinking the same thing.  So let’s do a quick run through of the reasoning.  Emotions developed evolutionarily for a reason – they tell us something about external factors in our life.  In many ways, they are actually a tool that can help us out, even tough emotions. If you’re feeling guilty about something, that is often a reason to consider that you shouldn’t repeat certain behaviors in the future. If you’re angry at someone, this may be a sign that they have done something hurtful and you should be aware of that to keep yourself safe.  If we ignore or numb negative emotions about a relationship, a job, or other things in our life we are less likely to make changes in areas of our lives that might need some changes

The problems arise not when we have difficult emotions, but when those emotions turn into behaviors that are problematic or when we get “stuck” on certain emotions and they continue impacting our feelings or behaviors in a way that negatively impacts our day to day life.  Clear as mud?  Don’t worry, there’s more.

We should try to eliminate or change bad emotions.

As human beings, we loooove to avoid things that are difficult and tough to feel. This means we often do everything in our power to stop, avoid, or numb difficult emotions. We keep ourselves busy to ignore them, we use drugs, or alcohol to numb ourselves to them, or we find other ways to avoid them.  Problem is, when we try to avoid thoughts the research shows it actually hurts our overall mental health and well-being instead of helping it.

Now, it is important to note here that positive emotions absolutely help and improve our mental health.  But that doesn’t mean we should strive to only feel positive emotions while we try to stuff or numb the negative ones. Two researchers at NYU looked at this in a study with client’s undergoing psychotherapy, surveying them before each session and asking them to write narratives that were then coded to identify different emotions.  They found that those who were able to identify and feel both emotions traditionally thought of as ‘positive’ (happy, cheerful, hopeful, etc) and those traditionally thought of as negative (sad, hopeless, dejected, angry) were more likely to see improvements in their overall mood and well-being in the coming weeks.

There is a whole bunch of other research showing the reasons suppressing difficult or negative emotions can backfire.  In one study, people who tried to suppress negative thoughts at night were more likely to have dreams about them.  Another study showed those who tried to suppress food thoughts and emotions were more like to engage in over-eating than those who faced and recognized the difficult emotions they were feeling.  Yet another showed that people who tried to avoid uncomfortable thoughts ended up having more intrusive, uncomfortable thoughts.

You can’t change your emotions.

This one is tricky because in some ways emotions are natural reactions and they do just come up in response to things happening in our lives.  But we can decide what we do with that emotion.  We can actively determine how we let it impact our feelings and behaviors.  For example, when I am extremely angry at someone, I might lash out at them and start an argument, letting the emotion control my behavior.

Alternately, I might try to notice that I am angry and make a conscious decision to not lose my temper, still be respectful, and to try to find empathy for whatever they have done that upset me.  Another example, if I am sad and isolated I can decide to decline an invitation to have coffee with a good friend, letting my sadness tell me I just don’t have the motivation or I wouldn’t be good company.

Or, I can acknowledge my sadness and that it is going to be hard, but decide that I am not going to let it impact my behavior and I will get together with a friend anyway.  As you can imagine, in both of these situations the initial emotion is going to be there regardless, but the behavior we choose in response to that emotion can then impact and change the emotion.

What do you actually DO with this information?

When I started to see this more clearly, it was easy to abstractly understand concepts like “lean into the pain” and feel all your feelings.  But how do you actually do that when our instinct and the messages we get from other people are often to avoid, suppress, and ignore those emotions? 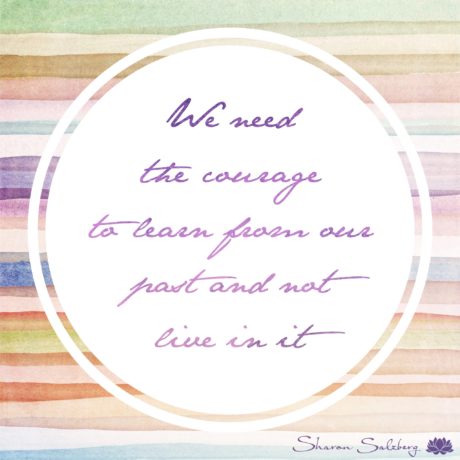 Journal, art journal, or use other creative expressions

People will often say you need to go to therapy to talk about difficult emotions, but talking isn’t for everyone.  Many people find writing or other creative expressions as a better fit and this can absolutely be a way to face feelings, writing about them or expressing them through other forms of art and creativity.

Go to a group or therapist

This is one is tried and true and can help you if you feel so overwhelmed by these difficult emotions that you struggle to imagine letting them in, or you find when you do they interfere with living your life the way you hope to. A counselor or group can provide great support for facing and processing difficult emotions.

Be honest with those you trust

It is easy to put on a happy face and tell even your closest friends or partner that you are “fine” when really you are struggling.  Consider the people you trust the most and push yourself to be honest with them about the feelings you have, even the tough feelings, rather than falling into the trap of avoiding or ignoring them.  You may find some amazing support from them that you never expected!

Other thoughts, ideas, experiences, or suggestions about difficult emotions?  Keep the convo going by leaving a comment!  As always, subscribe to get our new posts straight to your inbox – it is the easiest way to keep up with WYG!

7 Comments on "Grief Emotions Aren’t Good Or Bad, They Just Are"