9/11 is my flashbulb memory. I remember exactly where I was sitting when the first plane hit the World Trade Center setting off a furry of confusion and questioning, and I remember the exact shirt I was putting on when the second plane hit, confirming our country’s collective worst fear. I lived in Syracuse, New York at the time and despite being hundreds of miles from the events unfolding in NYC and DC, I still had no idea what to do next…no one knew. In the end it would take hours, days, weeks, for people to truly comprehend what happened that Tuesday morning. 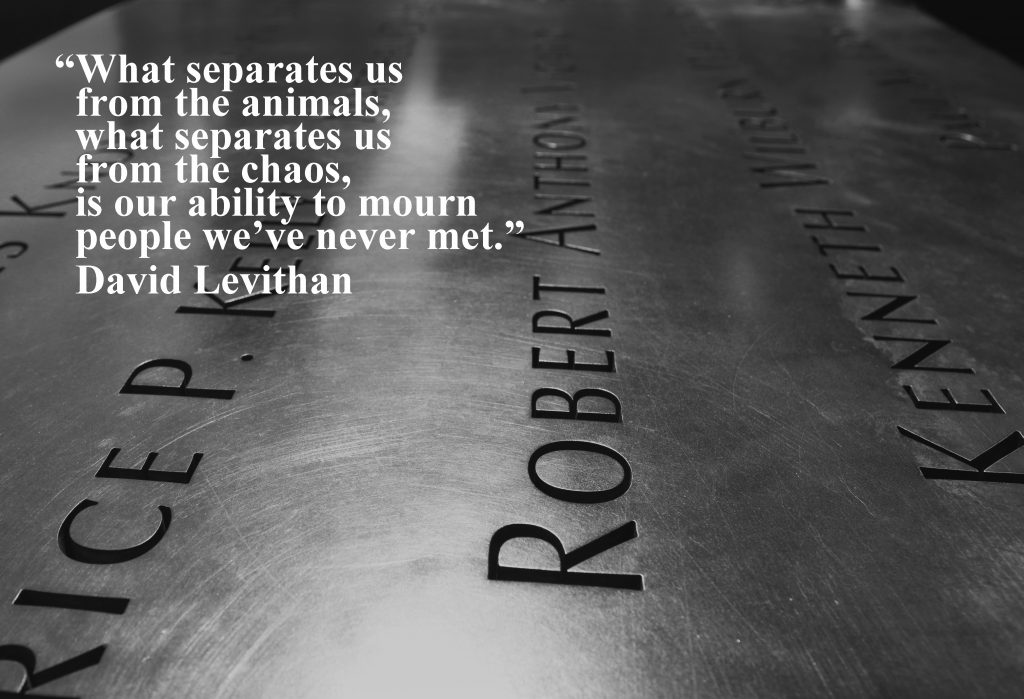 In the days and weeks after 9/11 the stories started to emerge – stories of rescuers, stories of survivors, stories of onlookers, stories of the people in the planes, stories of those who died. With the retelling of each account I would imagine myself as the people involved – Did they understand what was going on? What would I have done? Would I have been as brave? Like many I wantched the news constantly, unable to turn it off until I truly understood the horror that had taken place, until I really grasped its magnitude.

Oddly, during this time I don’t remember imagining myself in the place of those grieving the death of a loved one. I may have considered the worry and concern felt by those who waited decade long minutes for their loved ones to call or walk through the door; but I was still relatively young and the grief of losing a loved one was not something I could comprehend. I could identify with the countries collective grief, but even I knew collective grief is nothing like personal grief. As an American I owned a very small fraction of this tragedy and reasoned the closer you were to it, the more you owned – the people of New York City, then the people who we’re in the towers and the first responders, then the people who lost loved ones, then the people who died – of course none of these people ever wished to own any bit of it.

I recently visited New York City with a few friends from highschool, the first time since well before 9/11. It was to be a ‘fun girls trip’ of sorts with an agenda packed full of mindless things like kareoke and Broadway shows, so when it was brought up that we should include a visit to the 9/11 memorial there was some trepidation that it would be too sad. For me ‘too sad’ is a relative term, so I gave my two cents that it probably won’t be as heavy as it seems and ultimately everyone agreed. 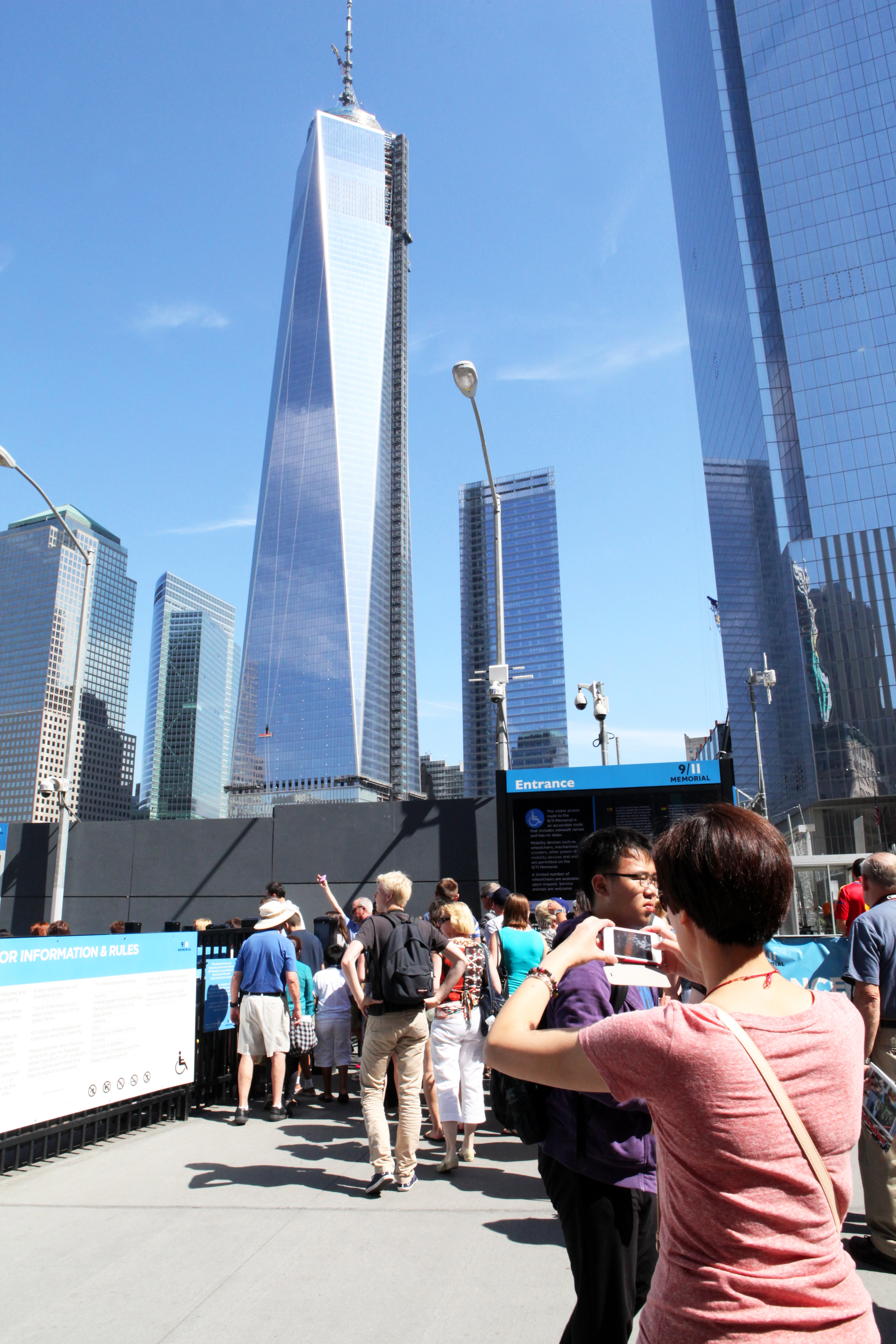 So, on the first morning of our trip we found ourselves squinting at a subway map, trying to unravel the ball of yarn that is the NYC subway system. After the obligatory bickering provoked by any four adults trying to read the same map, a route was decided upon and we we’re on our way. We rode along quietly for the first time since the beginning of the trip, I guess preparing ourselves for the solemnity of visiting hallowed ground.

Finally the subway spit us out onto a crowded street and we found ourselves surrounded by people, all headed in the same direction. Men, women, and children all speaking with different accents and in different languages, all there to see the same memorial. My friend remarked how the beautiful day, cool with clear blue skies, was just like the morning of September 11th. This was something I too had noticed, but stopped myself from saying.

We walked several blocks to the memorial and then were filtered through several security checks, all the while winding around the massive construction efforts working to erect impressive new towers. We eventually found ourselves inside the memorial at the South Pool set in the footprint of the original South Tower.

Around the edge of the South and North pools the names of the nearly 3000 victims are carved into bronze plates and despite the frenetic energy of New York City life only a block away, here all you hear is the soothing sound of water falling 30 feet into the reflection pools below. As I ran my hands over the names of complete strangers, the powerful beauty of the memorial finally made me stop and imagine myself in the place of a griever – What does this place mean to them? How do they feel about all these strangers coming to visit? Is it painful or healing for them to come here?

I was also struck by how strongly the memorial and the city growing around it parallel individual grief. At the heart of everything lie the scars and the pain; the sacredness and sorrow of a life ended before we’re ready to let go. These are things we will never forget, nor never really wish to. But from this, through this, and around this, we learn to move forward. Just like New York City we can’t rebuild ourselves into an exact replica of what we once were and just like New York City our skyline will never be the same. Instead, we grow into something inspired by all we’ve been through, something strong and hopeful and forever changed. 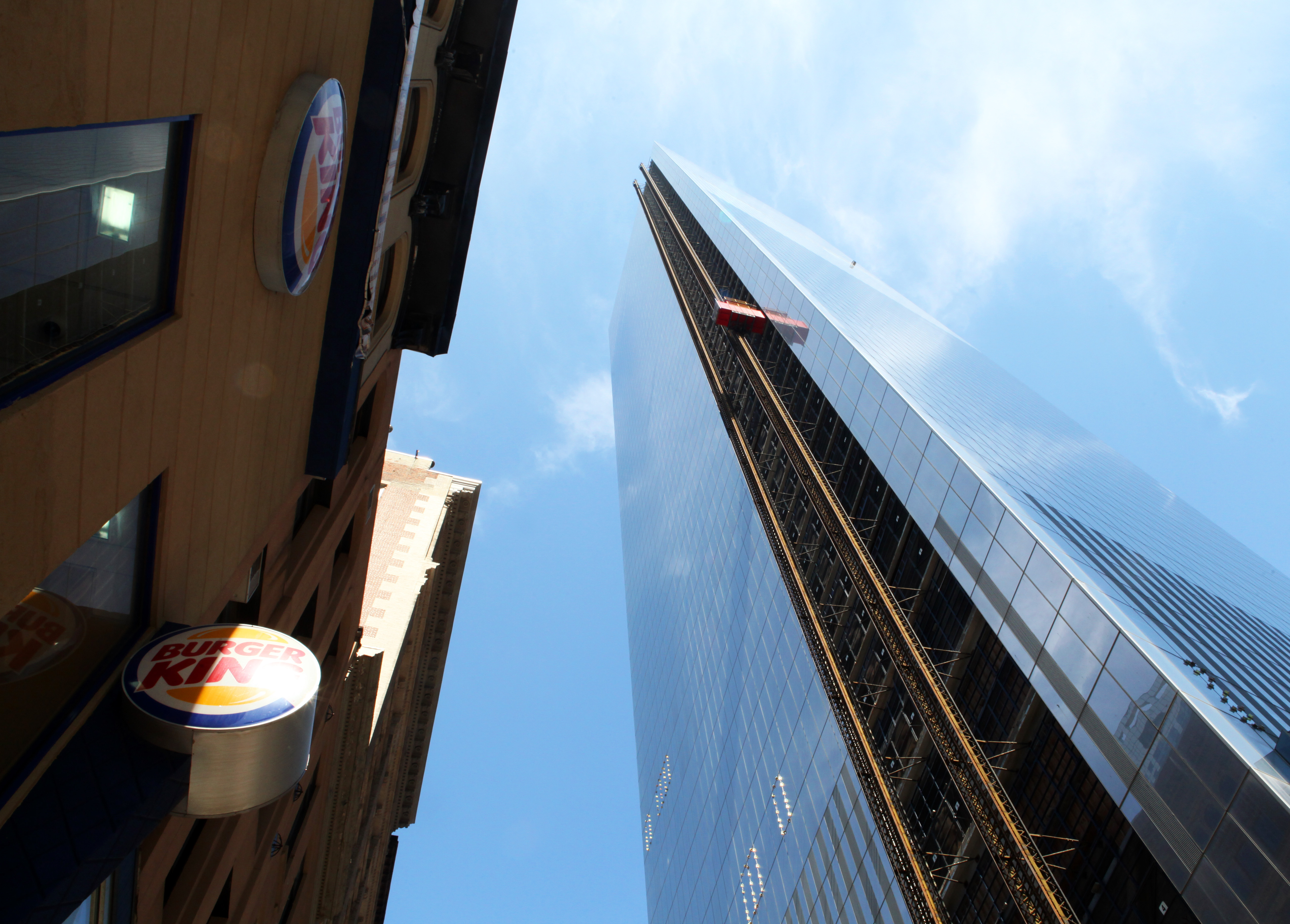 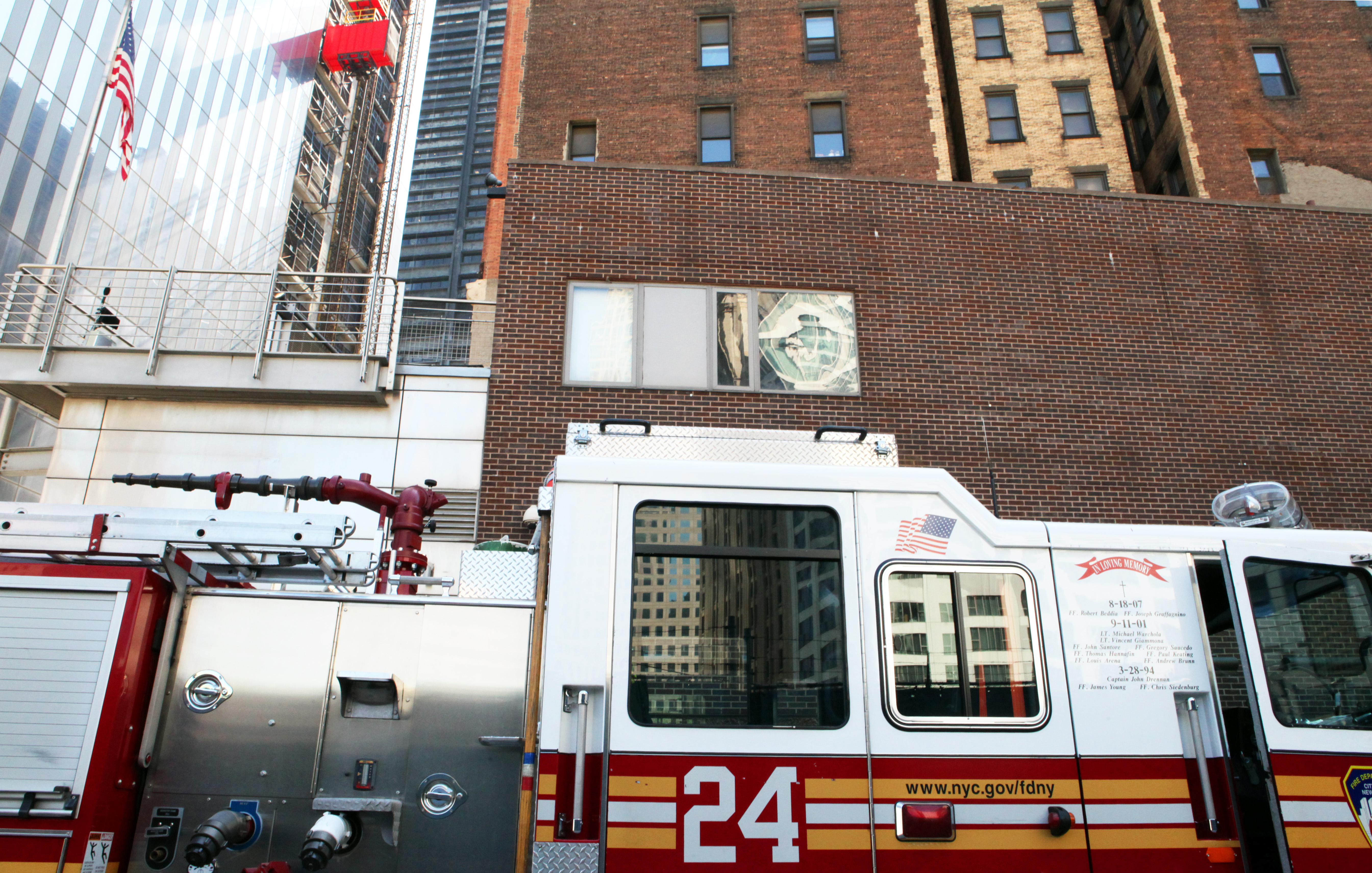 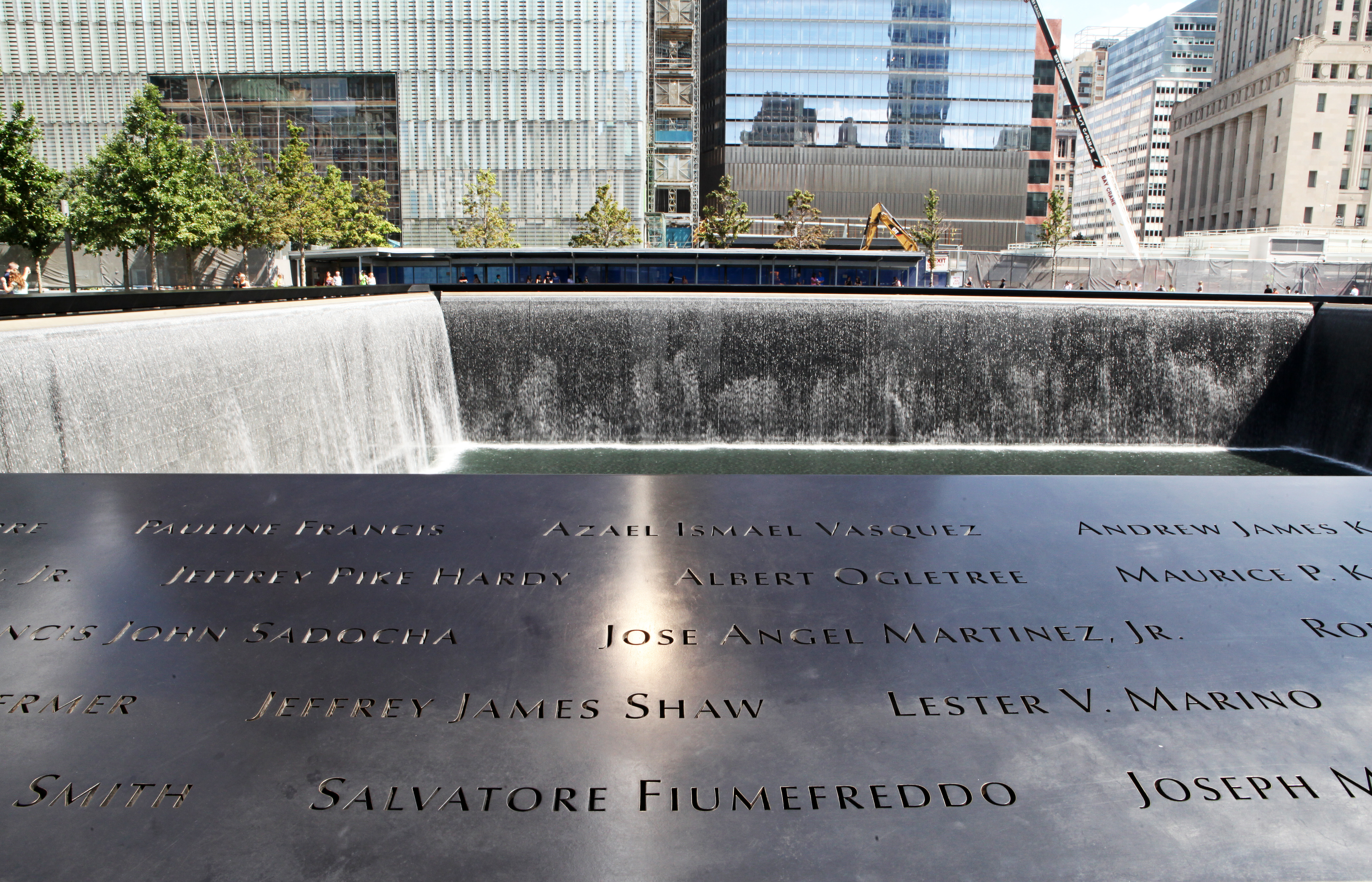 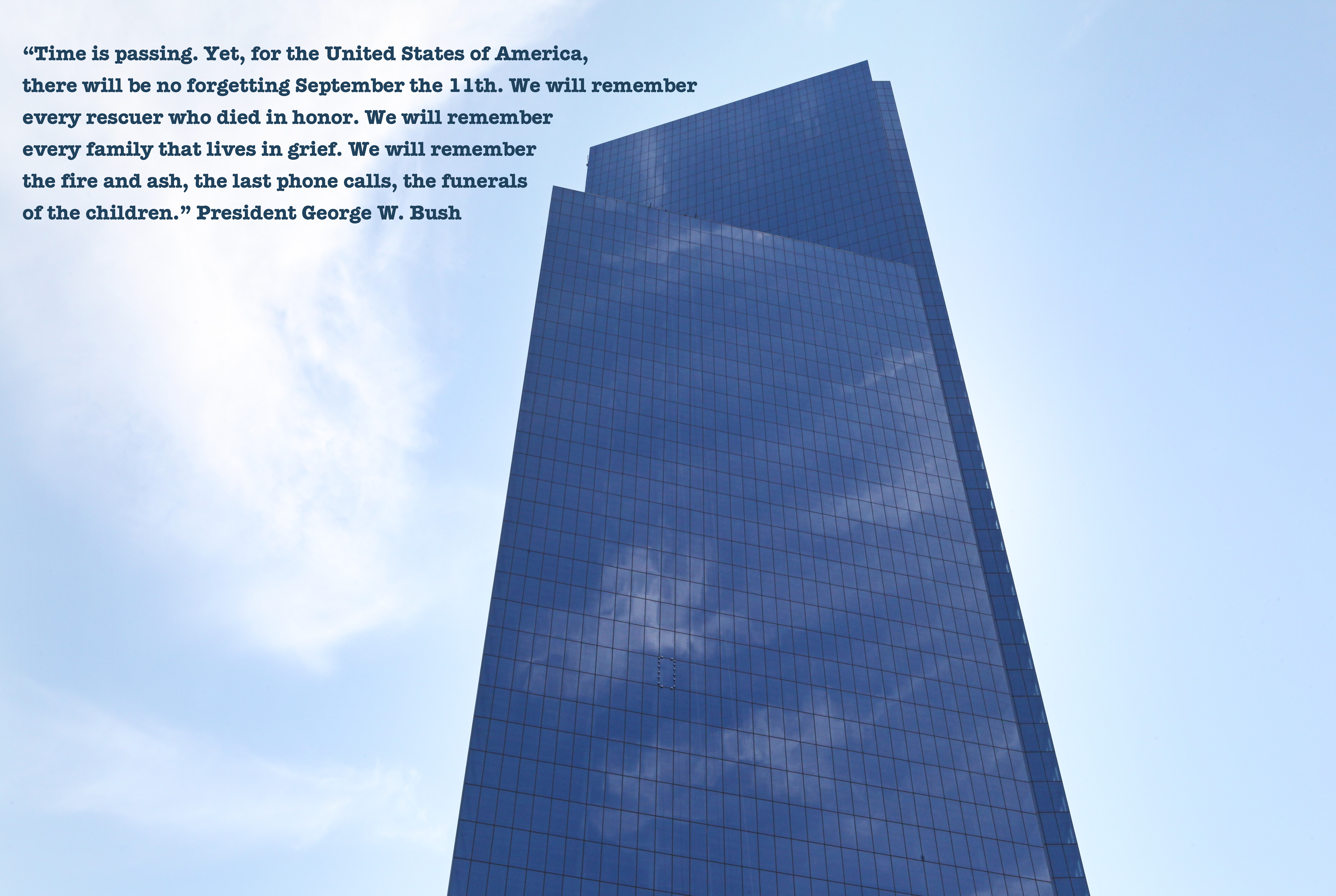 You Died of an Overdose; You’re Remembered for a Million Other Things.

When You Can’t Be With A Dying Family Member

How to Live-Stream a Funeral or Memorial Service