I am still your daughter and, though I often feel motherless, you are still my mother. Our here-on-earth connection has been severed and that sometimes makes things feel…well…ambiguous. One gets so used to defining relationships through physical connections and tangible two-way interactions that when someone dies, it seems as though they cease to exist completely. At least at first.

For a long while after you died I thought, “I have no mother,”  but this defies logic; everyone has a mother. The truth is that I have a mother, but my mother is dead and the fact that you are dead makes you no less my mother. It does mean that you can no longer fill the spaces you used to in the same way that you did before, but you do still fill so many spaces. In fact, I can think of very few cracks and corners where you don’t exist. You are nowhere physically, but everywhere psychologically and so, you are still my mother and I am still your daughter.

Ours is a relationship that many others cannot understand. Just as they say you can’t fully know what it is to love a child until you become a parent, it’s sometimes true that a person can’t fully know what it is to love someone who has died until they have lost someone themselves. I think this is why many grieving people feel like their relationship with deceased loved ones isn’t validated in broader society.  So even if they feel psychologically connected they may ask themselves, am I still a mother, brother, sister, son, or daughter?

For these reasons and many others, it seems like death unceremoniously robs people of their titles and thrusts new identities upon them. Mothers and fathers become bereaved parents; sons and daughters become orphans; brothers and sisters become only children. Identity formation is not something people easily come by to begin with so, for many, this can feel very disorienting.

It’s normal to feel like all is lost for a little while, but I think in time many people come to see they don’t have to fully abandon their relationship or their identity. True, they will likely grieve how the relationship has changed, but maybe not the relationship altogether. Obviously, things are not how anyone wants them to be, but to quote Downton Abbey which I’m currently binge-watching and which you, Mom, would have loved, “It’s the worst thing in the world, except for the alternative.” Which is to say, staying connected to your memory in death is better than nothing.

I will take what I can get of you and I am grateful for what I have. This is not to say that I don’t feel robbed and cheated by death at times, but I have to remind myself that I am not motherless. You are still my mother and I am still your daughter and death cannot take that away from me. 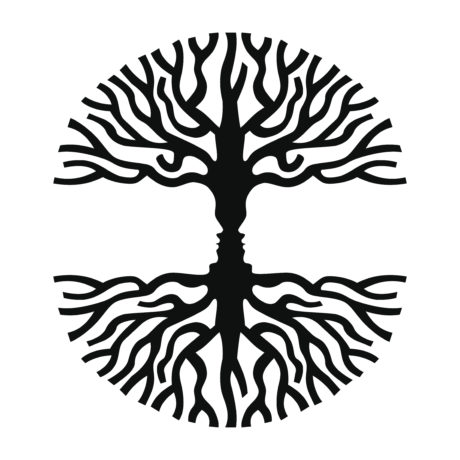 I am still your daughter. I still look to you for guidance. I still allow the values you taught me to serve as my compass. I still read the letters you sent me, cherishing your cursive letters scrawled across the page. I still think about you sitting at the piano every time I sit down to play the piano.  I still pause on the old movies you used to love when scrolling through the television channels. I still sing my daughters the songs that you sang to me. I still worry too much or, as Dad says, “I borrow trouble” just like you always did. I still think about you. I still talk about you. I still need you.

Many of you reading this may, at times, find yourself questioning whether you are still a mother, son, daughter, father, grandparent, brother, sister, aunt, uncle, best friend, etc.  This is totally normal; grief takes a toll on identity and it often takes a long time to understand who you are and how you relate to others in the context of life after loss.

Regardless of where you are in your grief, I’d like to ask you to give the following exercise a try.  Take a few minutes to complete the sentence below:

I am still your [mother, father, son, daughter, brother sister, etc] because…

Grief and Guilt: “I Can’t Believe I Did That” Edition