Hi.  It’s Friday…you’ve almost made it to the weekend…congratulations.  Will you be spending the next few days preparing for Thanksgiving or are you a procrastinator like me?  Either way, after you check out the following vaguely grief related features, you should check out our post on Thanksgiving Grief and this Thanksgiving Grief Activity.

Oh awareness days, so well intentioned and yet so confusing.  There are just too many, am I right?  For those of you who didn’t know, yet want to support Pancreatic Cancer Awareness Day, go home immediately 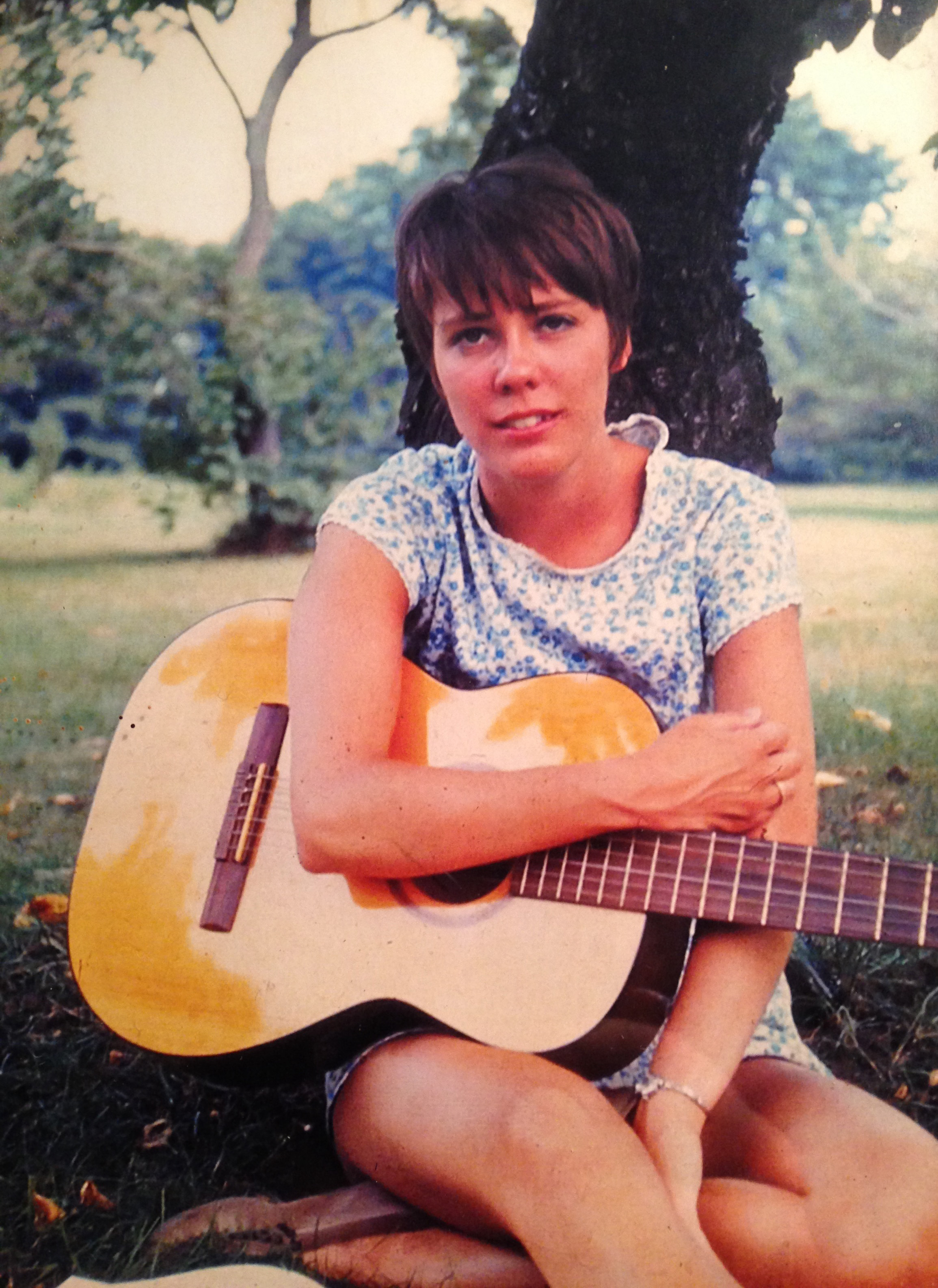 and change into something purple.  If you live here in Baltimore (i.e. Ravenstown) you’re probably good because it’s purple Friday.

For those of you who are unmoved by yet another awareness day, I want to share this picture of my mother.  Regular readers of this blog know I am kind of obsessed with my mom; so were her 6 children, husband, 7 brothers and sisters, etc.  She was wonderful – unconditionally loving, nurturing, patient, and kind.  She worked with children her entire life and never tired of it.  I can picture her now sitting with her guitar in front of a group of 3 and 4 year olds all squirming in their cross legged position on the nursery school carpet, waiting to get up and dance to one of her timeless children’s songs.

We all miss her and we all still need her, but she’s gone.  She died of Pancreatic Cancer 7 years ago, and she was dying from this sneaky disease for months before she even knew it.  Her story is ridiculously common.  If you want to know whether anyone is a room has been touched by Pancreatic Cancer merely utter its lethal name and you will hear the knowing groans of defeated family and friends.  Many – nay most – individuals who have known someone with Pancreatic Cancer recognize that fighting this disease is like standing on a beach and watching a Tsunami rush in.  You’re sunk.

So no purple bracelets here and no other BS, just my mom. For anyone interested in learning more you can go to the Pancreatic Cancer Action Network.

The Long Goodbye:  Hamlet’s Not Depressed. He’s Grieving via Slate

Star-crossed lovers, madness, murder, suicide  – few people know tragedy like William Shakespeare.  I enjoyed this article by Meghan O’Rourke who dissects Hamlet’s behavior in the context of a grieving individual and found a few things I think we can all relate to.  Among other observations, she points out that Shakespeare understands grief is a “social experience” and that “everyone around [Hamlet] is unnerved by his grief”, telling him  to move on, get over it, stop talking about it – sound familiar??  I strongly encourage all you Shakespeare fans to check out this article.

If you own a television or possess a set of eyes and/or ears you probably know that it’s the fiftieth anniversary of the assassination of John F. Kennedy.  The internet is plastered with tributes, articles, and features about Kennedy, but I chose to link to this series of 8 black and white photos depicting his brief presidency and the days following his death.

A Five Year Old’s Reflections on Life & Death via DailyGood.org

A friend of our shared this article with us on the anniversary of her husband’s death (shout out Vicki!).  Both Litsa and I thought is was a very thoughtful and poignant essay about the contrast between a child’s perspective on death and our perspectives as adults.  We feel so compelled to shield children from the realities of death and yet it sometimes seems they see it far more clearly than we do.  I really recommend this article, it’s very sweet.

Burning the Diaries via The New York Times

Ohhhh I can think of nothing more therapeutic than burning 40 years worth of diaries.  This is the subject of Dominique Browning’s article  and I bet your asking – What??  Why??  40 years worth?!?  But…posterity!!!  Calm down and go read the article.

20 Things We Should Say More Often via Kid President

Yolo!  It wouldn’t be a Friday Favorite without a weekly installment from Kid President.  We love him just a tiny wee bit.

Hey you know what, I have a good idea!  Subscribe to receive posts straight to your e-mail in-box.