Welcome to Friday.  Fall is finally upon us here in Baltimore.  Just last week it was swelteringly hot, but now it’s cool and crisp and it seems like it’s been raining for an eternity.  I have some interesting stuff for you this week so I’m just going to get right to it…

As a 32 year old woman I am always hesitant to admit I like Glee, but in truth I really do because…music.  Last night FOX aired Glee’s tribute to Cory Monteith (Finn), a labor of love which cast members have said was very emotional to film but helpful in dealing with their grief.  Here is on-screen/off-screen girlfriend Lea Michelle singing an emotional version of one of the most beautiful songs ever (in my opinion), To Make You Feel My Love.

Motherhood with a Camera’s The Chorus: Time

We’ve linked to photographer Amy Grace’s photo/writing project The Chorus in the past. This week I happen to be participating, but this is NOT why I’m featuring it (consequently you would have already seen my contribution here on the blog in one form or another).  When I heard the theme was going to be ‘time’ I thought perhaps the featured work would have hints of existential undertones, but I had no idea just how beautiful and deep the photography & writing would be.  This installment speaks strongly to our relationship with death and grief. I’m serious you guys, it’s moving…promise me you’ll read all of them.

For Rabbi, A Just God Without An Afterlife Is ‘Inconceivable’

Author, scholar, and Orthodox Rabbi Joseph Telushkin discussed his views of afterlife on NPR’s All Things Considered.  We all have different ideas (and hopes) about what happens to us after we die.  I personally find comfort in hearing different perspectives…unless of course your answer is ‘nothing’…in which case keep your perspective to yourself because my existential angst can’t handle it.

Passed away? Kicked the bucket? Euphemisms for death and dying

Did you know there are 200 euphemisms meaning “to die” in the English language?  Holy moly, I can probably only name about 10.  Frank Faulk’s thought provoking documentary, A Word About the Deceased, examines how and why we use and abuse language around death and dying.  Theres a 15 minute audio clip thats worth the listen after the jump.

Life Continued: Defeating Depression is an hour long special brought to you by MTV and SoulPancake (who also bring you Kid President).  The special aired last night on World Mental Health Day and it examined the lives of two teens dealing with mental health struggles but who got help and found hope by taking the difficult, but necessary, steps.  MTV continues the conversation over on their website with full episodes, recaps, and discussion.

Check out these photos of calcified birds taken by photographer Nick Brandt at Lake Natron in Tanzania.  The extreme reflective nature of the lake’s surface confuses birds and causes them to crash into the lake and because the lake has such an extremely high soda and salt content, the creatures calcify and are perfectly preserved as they dry. 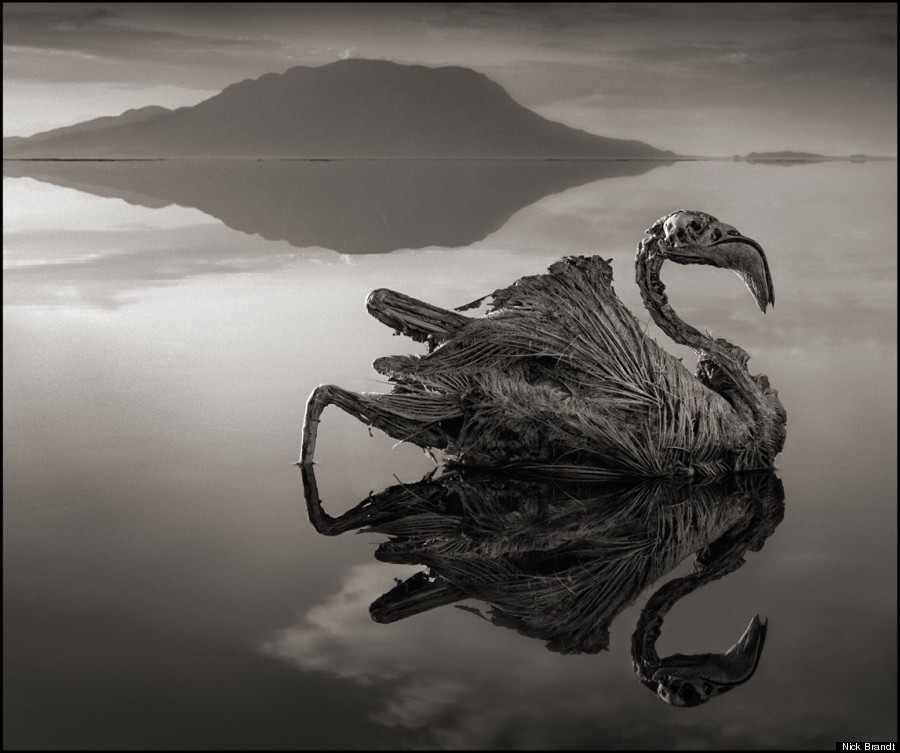 I’m sorry, I’m having a hard time being constructive after that.  I’m just going to end this here.

But don’t forget to subscribe to receive What’s Your Grief posts straight to your inbox.  It’s a good idea, I wouldn’t lie to you.

Taking Care of Your Mental Health During Coronavirus